How far have we come since EDSA 86 People Power?

As far as political history goes, our country is rich with accounts of remarkable struggles for freedom that highlight our strength as a nation. With the coming anniversary of the EDSA 86 People Power revolution, allow me to ponder on how far we have come since that one shining moment in our history. 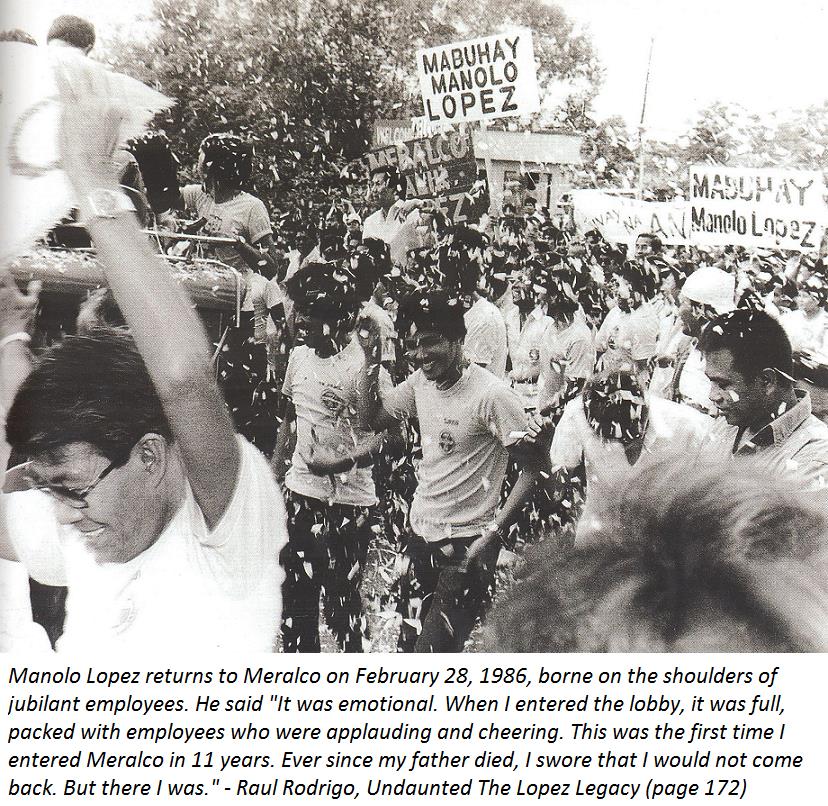 Indeed the People Power revolution inspired people in other parts of the world to rise up and unshackle themselves from their tyrannical leaders. People in Eastern Europe – from Poland, Czechoslovakia, Romania, Hungary followed us with their own versions of People Power. The Soviet Union broke up freeing many of their republics to form newly independent states. The Berlin Wall also crumbled uniting East and West Germany into one nation. The recent rumbling of the Arab Spring gets its inspiration to what we have done that fateful day in February 1986.

But the task of defending our freedom is never over. Take it from one of the victims of the Marcos dictatorship. When Martial Law was declared, I was in my late 20s. My family was among those who suffered the most during those days. My ailing father was in exile and my brother, imprisoned. Soon, my father died in exile, bitter not so much for having lost his business empire but more because he failed to see his eldest son freed from prison.

Lopez Group employees suffered too. Many lost their jobs when ABS-CBN and the Manila Chronicle were shut down. Those in the other enterprises had to cut back as well. Often, merely being identified with the Lopez Group was enough to be ostracized or persecuted by the Marcos regime.

Those were very tough times. Political freedom was nonexistent and freedom of the press was strictly controlled. The conjugal dictatorship pillaged the nation with the help of their cronies. The nation’s youth, the brightest and most idealistic, were sacrificed at the altar of greed and impunity, many falling victims to a horrible regime of human rights abuses.

Our post EDSA generations know little or nothing about the sacrifices that redeemed our nation and restored our freedoms. For a while, it seems like we were back to where we started as we lost another decade under the leadership of one of the most corrupt administrations we have had.

But we used the ballot box to rally behind President Aquino whose honesty and integrity is unassailable. Indeed, much of the favorable international accolades we have received in recent years are on account of our having a leader bent on fighting graft and corruption as a means to bring about inclusive growth that will eliminate poverty in our midst.

Today, with the liberating technology of social media at our command, it has become that much harder for tyrants and dictators to get their way. But eternal vigilance for all citizens is still necessary to defend the freedoms won by the blood of martyrs through the years.

The freedom we now enjoy is sweet but fragile. Nurturing it each day is the only way to ensure that it stays there for you and your children and grandchildren to enjoy.

As we commemorate the 28th Anniversary of the EDSA People Power Revolution ask yourselves: how can you make a difference and do justice to the sacrifices of those who made EDSA 86 possible?