A Lifetime of Excellence

My father’s life story has been told countless of times, and reading about him would almost always have me left in awe, amazed at how he built his legacy from the simple heritage he had to start with.

He has been called a lot of remarkable titles, a scion of Philippine business, a visionary and a pioneer, someone who brought our name to the zenith of progress and wealth, but to me, he will always be the humble father who did everything in his power to be steadfast in carrying out the responsibilities he shouldered with exceptional drive and outstanding sense of honor. His ideals were stalwart, his character admirable, and his name commands every ounce of respect he deserves. 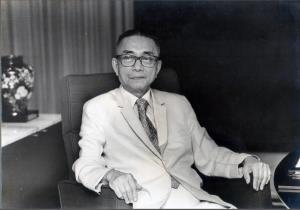 As we celebrate his birth and death anniversaries this month of July, I can’t help but feel blessed to call the late Don Eñing as my father. I am thankful for having a mentor who led his life in accordance to his most cherished values and used it to fortify the principles in which his businesses were to operate on.

Every single milestone achieved by any of the companies he started, whatever industry it might be involved in, will always remind me of a man who took the time to impart his knowledge to his family, not just in running a business, but in almost every other aspect of life itself, always making sure that the lessons he encountered in life got passed on and will echo through the generations to come.

He is a rare gem, my father. And in my pursuit to carry on his legacy, I would like to leave you all with a thought that pretty much sums up the impact of my father’s history in me—and that is to realize that a person’s reputation can always be made in a moment, but his character is built in a lifetime.

Thank you and have a great day,
OML