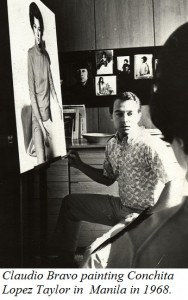 Santiago, Chile is probably far from your minds as you read this. The physical distance, even in this age of jet travel, is daunting. One would have to cross the widest ocean in the planet for at least a day to get to Santiago. Those of you who are more adept at geography know Chile as that sliver of a country on the Pacific edge of South America that we know more for its great wines.

But Chile had been on our minds at the Lopez Group for quite a number of years now. We had been studying their geothermal resources and last year, we finally convinced the Chilean government to grant us an exploration area. Given the significant resources needed by our new pioneering venture in a foreign land, we gave this move a lot of thought. Of course the promising indicators of geothermal resource were our primary concern. But we were also won over by the culture and the people both of which have many similarities to our own.

I guess culture has a way of bridging even the largest ocean. Just last week, we honored a Chilean artist by the name of Claudio Bravo. He lived his life in all continents of the world — his native South America, the Philippines in Southeast Asia, Europe and Northern Africa. A review of his portfolio of paintings reveals an interest in a wide range of subjects. From portraits of dictators, like Franco and Marcos, to soccer players and ordinary people. Claudio Bravo paints them with such realism you almost have the urge to touch them.

Claudio Bravo found his way to Manila in 1968. He liked it enough here to stay for a while and captured in his paintings the essence of our society at that period of our history. It is said that Bravo looked back at his work in the Philippines as his “most lucid paintings, because it was a different race -beautiful! …a different vision of the world and of light.”

Bravo painted the portraits of many Filipinos and in those portraits, in the glamour and spirit of the personalities he depicted, one cannot but sense the optimism, confidence, vitality and sense of pride, but also the innocence, that characterized the Philippines, and the Manila, of the 1960s. His work here constitutes the last body of portraits he would ever produce before being catapulted into the international contemporary art scene for the hyperrealist still lifes that would eventually define his career.

The exhibit “Claudio Bravo: Soujourn in Manila” is a collaboration between Energy Development Corporation (EDC) and the Embassy of Chile in celebration of strengthening the ties between Chile and the Philippines. Ambassador Roberto Mayorga of the Embassy of Chile said, “We are totally convinced that -along with diplomatic, political and economic relationships-cultural links are fundamental to build bridges of understanding and unity among nations”.

It is my hope that there will be more Claudio Bravos that would cement ever closer ties between our country and Chile. We are certainly hopeful that our entry into the Chilean energy market will bear fruit that would draw us close in business in the same way that Claudio Bravo found a niche that would bring us together in art.The exhibit runs until October 20 at the Metropolitan Museum. I invite you to see it and do let me know your favorite among the works on display. 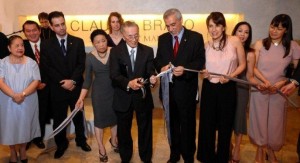