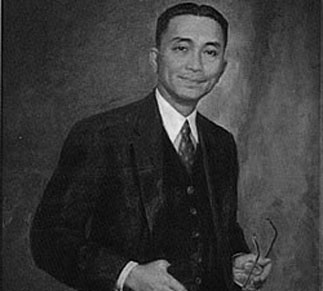 Eugenio Lopez Sr. July 18, 2011 The 20th of July can be considered significant for any number of reasons. On this date, man first set foot on the moon. It is the birthdate of Alexander the Great. It is also the birthdate of my father, Eugenio Lopez Sr., who, had he been alive today, would be turning 110 years old. For us, therefore, the significance of this date is that it is the birthdate, not only of the founder of the Lopez Group of Companies, but of the greatest Filipino entrepreneur and industrialist of his generation.

Back in 1928, my father along with his brother Nanding (my late uncle), set up E&F Lopez to help manage the family’s sugar plantation in Iloilo, and then they gradually expanded to other industries such as publishing, transport, and real estate. In the ashes of World War II my father established the Chronicle Broacasting Network which later acquired Alto Broadcasting System. These two companies would become ABS-CBN, which would one day create its own stars.

More acquisitions followed as the decades went by. Meralco became a 100% Filipino company because of my father’s strong sense of nationalism. And he created the Lopez Memorial Museum so we, the Filipino people, never lose sight of our past achievements.

My father famously wrote: “The old business tenets have given way to the modern concept, which is not based on profits alone, but rather on the service it can render and the contribution it can make to the prosperity and progress of the nation as a whole.”

Those words resonate to this day. He was a man who practiced what he preached. He gave back not only to the community, but also to the the schools that helped make him the good man he grew to become: UP, Ateneo, even Harvard University. His passion for learning and generosity also helped to establish the Asian Institute of Management, one of the premier business schools in Asia.

“We sincerely believe that a greater portion of the earnings accrued from business should be returned to the people,” my father once said, “whether this be in the form of scholarships, hospitals and any other form of social welfare benefits.”

My father’s philanthropy became part of our family tradition, embodied in the Lopez values, and part of the Lopez legacy. He passed away on July 6, 1975 at the age of 74.