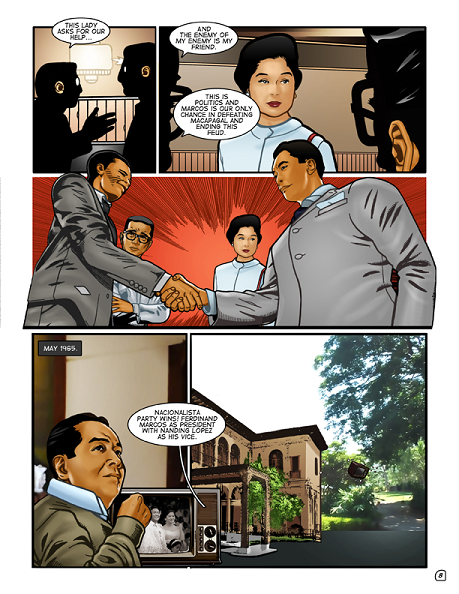 As far as political entanglements go, sturdy alliances proved to be the most valuable ammunition.

In the exciting conclusion of the Lopez webcomic series “Enemy of My Enemy” (Par 1), a startling union had come to surface. Bonded over a common goal to put a stop to the opposition, the valiant tandem of Lopez and Marcos prepares for the final battle against the power-hungry Macapagal.

Forged under the fires of honorable governance and nationalistic ideals, will this historic alliance be formidable enough to end Macapagal’s reign?

The stage is set, the elections are under way, and the players are more than ready for battle. Who will emerge victorious in the climactic battle set in the national elections of 1965? Find out in the last and thrilling installment of Arc 4 of the Eñing at Heart Lopez webcomic series.

Download the complete version of "Enemy of my Enemy (Part 1)" webcomic  to see the rest of the story unfold.