Remarks of Federico R. Lopez at the Annual Stockholders' Meeting of Energy Development Corporation on May 5, 2015 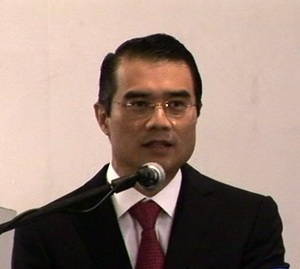 If there’s a single point that’s been driven home to us as a company these last few years, it’s this: climate change is real, and it’s here to stay.

The number of intense weather events that have substantively affected our operations, just in the last year and a half alone, has been growing. In the short period between November 2013 and December 2014, three intense weather events—Typhoons Yolanda, Ruby, and Seniang—disrupted our plant operations in Leyte. Yet another one, Typhoon Glenda, affected plant operations materially in Bacman during the same period in July 2014.  Given our energy production infrastructure is built amongst the most rugged and the most challenging natural landscapes, it is clearly an imperative for our company to be prepared to adapt as rapidly as possible to this “new normal.”

In many ways that will be described in more detail in President Ricky Tantoco’s report, we are innovatively redesigning and uprating the most vulnerable segments of our energy facilities to withstand higher wind speeds of up to 300kph and the intense rainfall that come along with intense typhoons.  In most cases, the most vulnerable of our structures have always been our cooling towers and control rooms. Innovative and resourceful redesigns are already underway for these facilities, making them more robust and more resilient in the years to come.

Since 2006, we’ve identified close to 150 critical geohazard-prone areas that needed reinforcement in order to mitigate threats to the safety of people and to infrastructure within our concession areas. By end 2014, we completed all the necessary geohazard mitigating measures in these areas. However, we continue to be vigilant in identifying any new areas that may become prone to natural disasters.

In addition to many of these innovative engineering solutions, we are building stronger emergency preparedness and response capabilities within the company, by hiring some of the best full-time dedicated emergency teams in the country.  They are intentionally being deployed full-time throughout our various sites across the country for rapid response in emergencies and will also be responsible for training our partner communities and local governments in disaster preparedness.  Aside from being force-multipliers in times of crisis, all of these activities will also increase the bonds of partnership and trust we have with our local communities.

The other fact that stands out in all the areas where EDC operates is that we work alongside communities that are among the most vulnerable to climate change, not only due to topography but also because of poverty. We cannot ignore this fact. In the years since Typhoon Yolanda, our response was not only to restore our battered facilities, but also to help the local communities rebuild their lives to “build-back-better” standards as well.

Since February 2014, we have been working closely with ABS-CBN Lingkod Kapamilya Foundation to bring children from the towns of Ormoc, Kananga, Albuera, Merida, Palo, and Isabel, Leyte back to school, completing the first 14 new classrooms and repairing ten additional ones in September 2014.  An additional 34 new classrooms were completed in February 2015, and another 14 to be completed by May 2015.  Five new classrooms are also nearing completion for the schoolchildren of Passi City, Iloilo.  These new classrooms are being built to withstand wind factor of 250kph, the highest specification of the Department of Public Works and Highways (DPWH).   Twenty-nine more classrooms will be completed in District 2, Leyte and three more in Capiz by the end of 2015, utilizing funds from various Lopez companies.

Last year, we talked about how we’ve reoriented our technical-vocational training program in the Kananga-EDC Institute of Technology (KEITECH) to address pressing rehabilitation needs in Leyte while providing much-needed jobs for community members. By the end of 2014, we were able to produce a total of 285 graduates, who earned National Certifications on carpentry, plumbing, and electrical installation and maintenance. We are on track to produce 1,080 graduates by 2016.   This is on top of the 529 regular graduates we have produced so far. Our hope is that teaching these valuable skills to Typhoon Yolanda victims will take them farther than any relief effort will in getting their lives up to a running start.

Simultaneously, as we future-proof and reinforce EDC’s and our host communities’ ability to withstand many of the systemic risks yet to come, we’re proud to say that our business results have continued its upward trajectory. This year, we are showing a recurring net income attributable to EDC of Php9.2 billion, 40% higher than last year’s—thanks to the dedication of all our people amidst unrelenting crises, the best financial performance in EDC’s 38-year history! I believe there can be no better evidence to show your company’s resilience, its ability to learn and adapt, as well as the undaunted spirit of our people in the face of any adversity.  It truly exemplifies and brings life to our catchphrase at First Philippine Holdings (FPH) of being “Powered by Good.”

For 2015, in line with the theme of this annual report, we anticipate that greater importance will be placed on EDC’s ability to execute and deliver on the promise of its unique business model. We know we work in challenging environments—and, indeed, in challenging times as well—but we are constantly aware of the need for a cadence and pace of execution that has the power to bring strategic promise well within the realm of strategic reality. To paraphrase management guru Peter Drucker: “Plans are just good intentions, until they degenerate into hard work.” For EDC, our focus this year will be to make all those good intentions “degenerate” into decisive, relentless, purposeful, and downright “hard”work.   We’re counting on your continued trust and confidence, our dear stakeholders, to inspire all of us in EDC to make this happen.  Thank you!