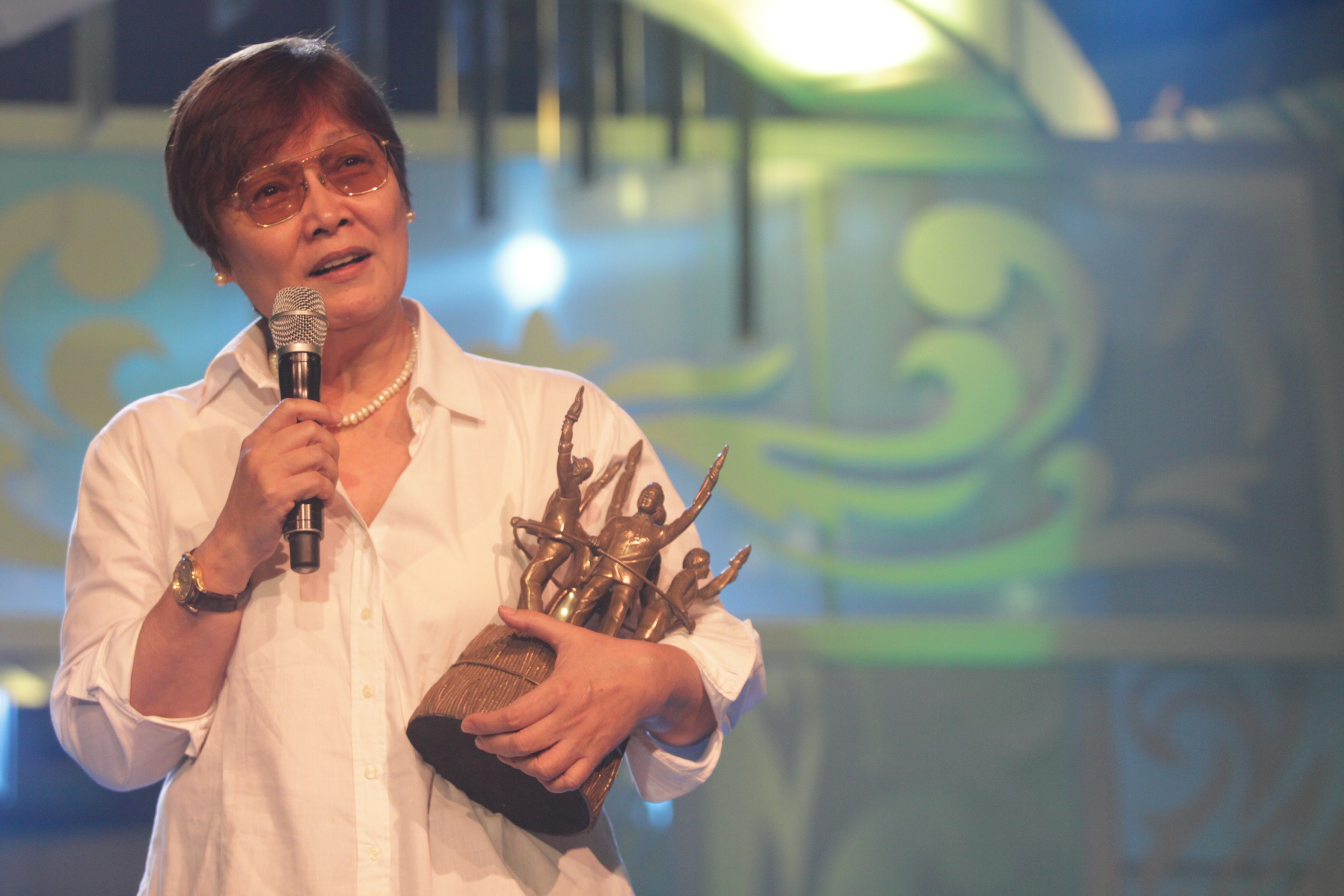 LAA SPECIAL AWARD to Tina Monzon PalmaFor her exemplary achievements over many years at ABS-CBN and ABS-CBN Lingkod Kapamilya Foundation Inc. (ALKFI), and for personifying the core values of the Lopez Group, thus upholding its legacy and continuing work “in the service of the Filipino worldwide,” Tina Monzon Palma was named as the recipient of the Lopez Achievement Special Award.

Palma joined ALKFI in 1998, back when it was still called ABS-CBN Foundation Inc.

Gina Lopez, ALKFI managing director, described Palma as someone very close to her heart, adding: “I had the privilege to work with such a dedicated, talented and oneof- a-kind person whose passion and commitment to serve comes from the bottom of her heart.”

A colleague at ALKFI shared: “For TMP, the end does not justify the means. She’d rather lose millions in donations from people with selfish agenda than let them use Bantay Bata or Sagip Kapamilya for their personal gain. She turned down several donation offers especially from politicians.”

Palma, it is said, would even sleep in friends’ living rooms or stay in dormitories during road shows abroad so as to be able to bring donations home without deductions. Whenever friends or members of the Filipino community would treat her to free meals, Palma would note these down and return her equivalent meal allowance for those meals.

In her acceptance speech, Palma acknowledged her team, noting that Sagip Kapamilya was actually a “very small group,” while the others are volunteers. She also lauded the Lopez family for living their own tradition of public service.