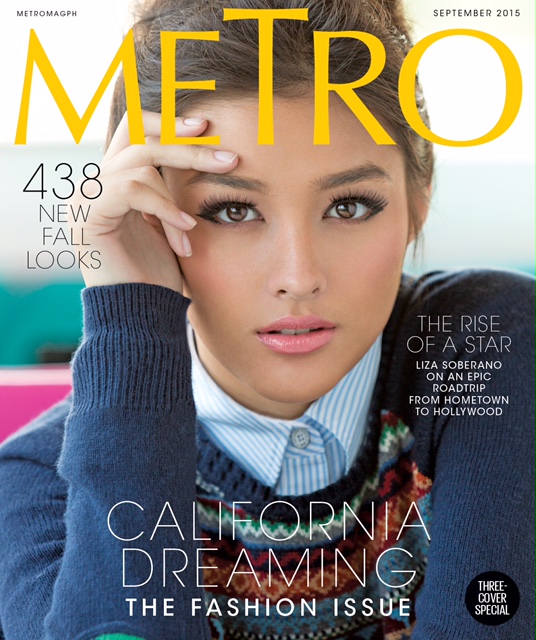 Liza Soberano Metro Cover A fashionably fierce Liza Soberano, one of the fastest-rising Kapamilya teen stars, graces the cover of the highly anticipated three-cover special of the Big Fashion Issue of Metro magazine this September.

Metro’s celebrated Big Fashion Issue which was shot in California, marks Liza’s long awaited return to her hometown and her reunion with her mother whom she has not seen for seven years.

The hashtag #MetrLovesLiza also accumulated around 19,000 tweets since Metro officially revealed that Liza is its latest cover girl.

“Metro likes to create a story that goes deeper than just snapping a pretty photo in a foreign city. We chose to bring Liza to California for our Big Fashion Issue because its tailor made to mesh with her rising career. California encapsulates Liza’s past and bright future,” Metro’s editor-in-chief Sarah Meier said.

Metro, the leading fashion magazine in the country is known for its striking fashion issues featuring the country’s stylish icons who are brought abroad for their editorial shoot. Among the names who have landed Metro’s fashion issue are John Lloyd Cruz, Iza Calzado, Ruffa Guttierez, and Solenn Heussaff. All four were photographed in famous European cities.

ABS-CBN Publishing is the leading publishing company in the Philippines and is home to the country’s bestselling books. Its books and magazine titles cover topics on lifestyle, youth, entertainment, culinary, high society, and fashion to cater to the diverse Filipino community. As a leading publishing company, it also aims to be relevant in the digital era by making digital versions of its magazines available on the App Store and Zinio. (Story/photo by: Katherine Solis) 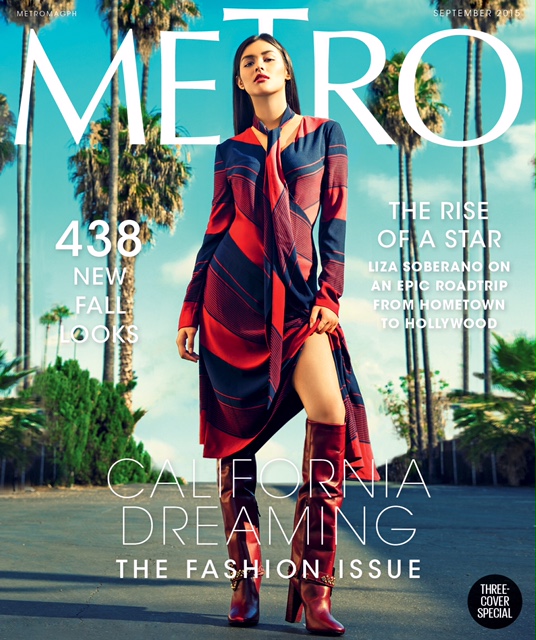 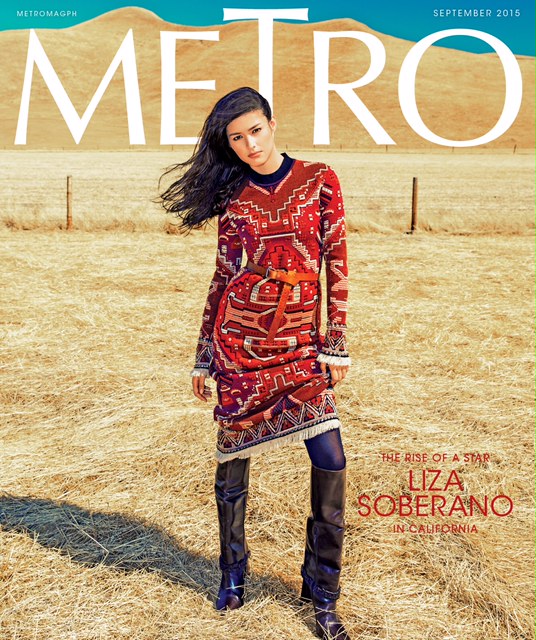 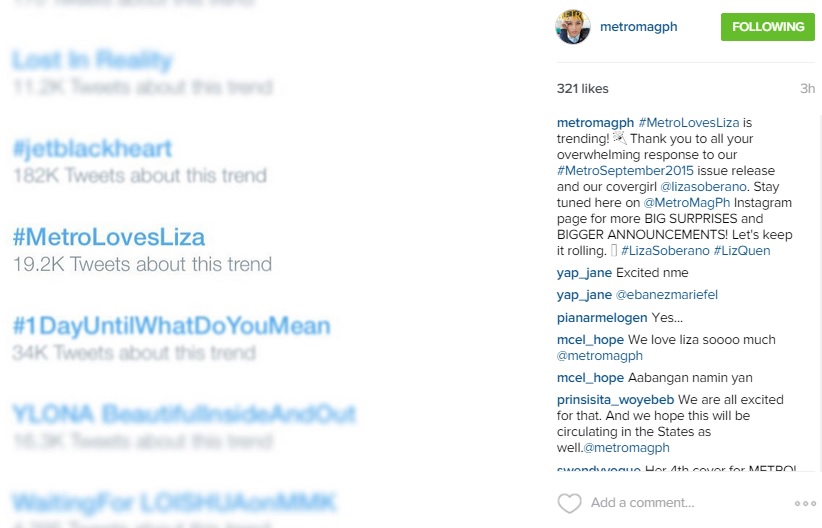