Maricel Pangilinan-Arenas is named president and CEO of the company

Cecille Mariño, Myra Moñozca and Rudy Villar come on board as heads of the Industry Partners, Marketing, Family and School Sales departments, while Ricky Mariano is named CFO 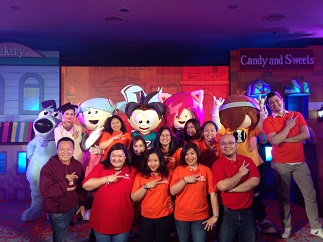 Arrival of the plane fuselage which will become the KidZania Cebu Pacific plane. This is a landmark prop in all KidZania states

The company to date has invested P1.8B

KidZania is introduced to teachers, school administrators and other professionals from the field of learning and education via an “Educator’s Pod”

Formally opens on August 7 with more than 60 role-playing activities from over 50 establishments, most of which are sponsored by real brands. It is the 20th KidZania metropolis in the world.