Mother and daughter ZsaZsa and Zia lead the whole ASAP Kapamilya for the grand launch of ABS-CBN's 60th anniversary station ID“ASAP 18” is set to share the touching stories of Filipino families this Sunday (August 4) in the grand launch of ABS-CBN’s highly-anticipated station ID for the 60th anniversary of Philippine television. The celebration will be led by mother and daughter ZsaZsa Padilla and Zia Quizon, who sang the SID theme song titled “Kwento Natin Ito.”

Aside from the station ID, ABS-CBN’s anniversary campaign ‘KwentoSerye’ will also be launched in “ASAP 18” featuring touching stories that serve as an inspiration for the Kapamilya network.

GeronimoSarah and Daniel throw a special concert treat for their fans this Sunday, who will launch her newest album ‘Expressions.’

Get ready to be blown away with the special concert treat of Kapamilya teen sensation Daniel Padilla. 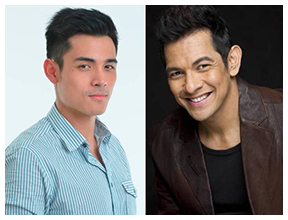 Don’t miss the grand launch of ABS-CBN’s 60th anniversary station ID and listen to the heart-felt stories in the country’s longest-running, award-winning variety show, “ASAP 18” this Sunday, 12 noon, on ABS-CBN. For updates, photos and to hang out live with the stars at ASAP Chill-Out, visit http://asap.abs-cbn.com/, ‘like’ http://facebook.com/asapofficial, follow @ASAPOFFICIAL on Twitter, and know the latest happenings in “ASAP 18” by tweeting the hashtag #ASAPKwento.(Photo/story by: Aaron Domingo)