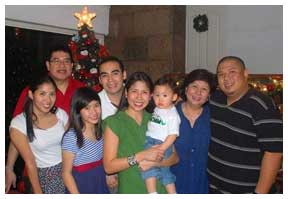 Salvador G. TironaThe phoenix is a mythical bird with a colorful plumage and a tail of gold and scarlet. It has a 500- to 1000-year life cycle, near the end of which it builds itself a nest of twigs that then ignites; both nest and bird burn fiercely and are reduced to ashes, from which a new, young phoenix or phoenix egg arises, reborn anew to live again. The new phoenix is destined to live as long as its old self. The phoenix’s ability to be reborn from its own ashes implies that it is immortal, though in some stories the new Phoenix is merely the offspring of the older one. (Source: http://en.wikipedia. org/wiki/Phoenix_%28mythology% 29)

He joined the Lopez Group in 2000 as chief finance officer (CFO) of Maynilad Water Services Inc. Prior to that, he was general manager of three manufacturing companies of the Columbian Motors Group, handling six car brands: BMW, Mazda, Kia, Subaru, Land Rover and Daihatsu. He had also spent three years overseas to start up Vietnam Motors Corporation as part of his work for Columbian.

In homestretch of court battle

Tirona next became CFO of Bayan Telecommunications Inc. At that time, Bayan was in the homestretch of a court battle for its financial rehabilitation. Bayan lost money building its fixed line network. Subscriber numbers were held back by greatly limited interconnection with the incumbent phone company. Different restructuring plans went back and forth in the course of the court proceedings and, in June 2004, the Pasig Regional Trial Court finally approved a rehabilitation plan for Bayan. While the court decision on Bayan was not ideal, Tirona thought it was still workable for the company, which needed a closure of the case in order to move forward.

In 2005, Tirona became CFO of Lopez Holdings, which itself was in the middle of a debt restructuring exercise after defaulting on its debt in 2002. The company had written off P10 billion in investments in Bayan and P3B in Maynilad Water. Tirona subsequently saw even worse days for the Lopez Group.

For all these challenges, the Ateneo de Manila economics and MBA (Master of Business Administration) graduate fell back on his experience with the Asset Privatization Trust (APT).

“For three years immediately after the EDSA Revolution (1986), I worked in the APT, which essentially dealt with the privatization and restructuring of all nonperforming assets transferred from the National Government, DBP (Development Bank of the Philippines) and PNB (Philippine National Bank),” Tirona recalled.

As Lopez Holdings looks forward to permanently resolving its debt issues within 2011, Tirona believes it is important to be guided by the past.

“We have to look at how things were so that we can see what caused the problems and avoid the same in the future, should there be opportunities to consider new investments. We have to do our homework well in terms of supporting the investment decision. We have to plan for several scenarios—the worst case scenarios—should things not turn out as originally envisioned,” he said.

His message for LopezLink readers: “The Lopez Group is a resilient group. We, as a group, have had our own share of struggles whether they be financial setbacks or political attacks. But this group knows resilience. It knows how to recover. The analogy with the phoenix rising again is so true for this group. I’ve seen it, I’ve experienced it. To solve its recent financial problems, it had to lose or give up some assets. But it is nurturing the remaining assets for new growth. We can see FPHC (First Philippine Holdings Corporation) growing its businesses again. We can see ABS-CBN lead in the multi-platform arena. SKYCable has had its financial difficulties, but now it’s got a good and focused business model,” Tirona said.

Perhaps, resilience is the Group’s ticket to phoenix-like immortality—or at least to being built to last.