Federico R. Lopez: Adversity brings out the best in all of us 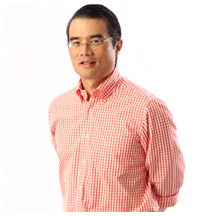 Federico R. Lopez, Charirman and CEO, First Philippine Holdings CorporationWith the ravages of climate change continuing to nip at our heels year after year, it’s getting harder and harder to celebrate a merry Christmas in the fashion we all remember decades ago. Typhoon Yolanda cast her devastating spell over much of the Visayas last month and particularly hit EDC’s largest geothermal power plants in Leyte, rendering a huge part of them inoperable as I write this.

However, much of the damage to our plants is miniscule compared to the displacement, loss of lives and property of many families, including those of more than 800 EDC and Thermaprime employees. Many of them have lost everything and now face the daunting task of rebuilding their lives from ground zero.

These may be trying times for many but I also know from my experience with the Group that adversity has the ability to bring out the best in all of us.

Within hours from the time Yolanda made landfall in Leyte we already saw parts of our EDC and First Gen personnel based in Cebu and Negros Oriental organizing themselves and their families for rescue and relief efforts.

I saw EDC head office led by its president Ricky Tantoco and First Gen’s Lito Santos mobilizing together with INAEC to fly down to the battered areas in Leyte as soon as practicable. What they found Monday morning as they flew to Ormoc was that the destruction there and in other parts of Leyte including the host communities around our geothermal plants was gut-wrenching, to say the least.

Homes were totally obliterated and the province was paralyzed because roads were blocked and all infrastructure was not functional. The absence of telecommunications also meant that we could not ascertain whether all of our employees were safe and whether they and their families had adequate access to food, water and shelter.

What transpired after that morning was truly inspiring. I saw many parts of the Lopez Group moving into high gear and working in unison not only to secure the safety of all our affected employees and their families but also simultaneously mobilizing all resources to bring back normalcy to Ormoc City and other affected areas of Leyte.

Almost immediately, First Balfour’s trucks and heavy equipment got busy clearing access roads in and out of Kananga and Ormoc that were blocked by fallen trees and electric posts. We saw EDC securing aircraft to fly relief goods, over six tons of vaccines and medicines, water purification tablets, solar lamps and chargers, tarpaulins and mosquito nets into the city. EDC also contracted LCT barges to bring in trucks, thousands of liters of diesel fuel and five generator sets to power up Ormoc’s city hall, the Gatchalian Hospital and the city’s two water pumping and treatment facilities. The fact that we were able to work with functioning LGUs and enable them to deliver basic services during the crisis was instrumental in keeping the city of Ormoc from degenerating into chaos.

Of course, we all witnessed yet again ABS-CBN’s ability to move the hearts and minds of the public toward a single cause. That capability is being tested on a scale never been done before. Yet as of this writing more than 1,200 tons of relief goods bought by EDC and from ABS-CBN’s Sagip Kapamilya have been sent to Ormoc and the port of Isabel in Leyte through EDC chartered barges and aircraft. And we are not stopping as they’re needed. I believe these efforts have meant life and survival to more than a quarter of a million people throughout Leyte on a sustained basis over this last month and we intend to scale up this effort if needed.

But most heartwarming for me is when I see the backbone of all our relief efforts in Leyte being the very employees who themselves were victims of the fury of typhoon Yolanda. This soon after going through the ordeal, even with homes not yet fully rebuilt, they’re already wanting to give back to fellow Leyteños and help them get back on their feet as well.

These last few years, we begin every company gathering with a recounting of the credo and cherished values of the Lopez Group. By now many of you are familiar with the seven values of a Pioneering Entrepreneurial Spirit, Business Excellence, Unity, Nationalism, Social Justice, Integrity, and Concern for Employee Welfare and Wellness. The Lopez Group as an organization was strongly tested these last few weeks. However, more than organizational readiness, it was a test of those seven values and a sincerity to rise to the occasion and back those beliefs with decisive action.

There’s still much work to be done and the story is far from over but if you could also have seen what I saw happening on the ground these last few weeks in Leyte, Manila and even Cebu and Dumaguete it would really make you proud to be a Kapamilya.

A meaningful Christmas and a joyful New Year to all!

LPA to bring rains to parts of PH: PAGASA