A new reality for ABSCBN’s ‘army for change’

FOR the May 10, 2010 general elections, some 17,000 positions were at stake, including the presidency, the vice presidency, and 12 senatorial seats. It was the country’s first presidential elections since 2004 when outgoing President Gloria Macapagal-Arroyo prevailed over the late Fernando Poe Jr. with a slim margin of a little over one million votes.

Sen. Aquino is set to take his oath as the country’s 15th president this June. 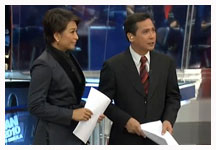 ABS-CBN HalalanGlobal first
In 2007, ABS-CBN Broadcasting Corporation had gathered technology and media partners for the original Boto Mo, I-Patrol Mo (BMPM) voter empowerment campaign. With the first BMPM, ABS-CBN’s use of new media and cell phone technology for a political purpose—to patrol the votes—also became a global first for a mass media organization. The Gold Quill Award from the International Association of Business Communicators that the groundbreaking program won a few months later was another first for a Filipino media company.

ABS-CBN news and current affairs department (NCAD) head Maria Ressa had described it as a venue for “ordinary citizens to take the power of the media literally into their own hands.” the hands of ordinary Filipinos. And it is through the vote. We must take that seriously and we want to use the power of ABS-CBN…to get that across to…move people to action,” she had said then. For the presidential elections, ABS-CBN devoted at least one year to laying down the groundwork for its “Halalan 2010” coverage.

Risks were higher “It’s the first time globally that any nation went from fully manual to partial automation on this scale. If we faltered it would be the shame of all Filipinos. If it succeeded it was the first time in the world that any nation is able to do this kind of automation on that scale,” Ressa said. Bigger and grander in scope, “Halalan 2010” harnessed crowdsourcing through social media to allow immediate interaction among the community members, with the end goal of “breaking down the walls between virtual and real.”

ABS-CBN HalalanCrowdsourcing, according to author James Surowiecki, is hinged on the idea that “large groups of people are smarter than an elite few, no matter how brilliant—better at solving problems, fostering innovation, coming to wise decisions.” ‘Army for change’ “This is the first time a major broadcasting organization… used crowdsourcing.

Lots of books have been written about it, but it’s never really been put into action in real life. We did it. Crowdsourcing is an incredible thing,” said Ressa of the Boto Patrollers, who worked in tandem with ABS-CBN’s professional journalists to make up what the NCAD chief called “an army for change.”

In the ABS-CBN war room, dazzling technological firepower, including the wireless audience response systems (WARS) used in the “Harapan” debates, news automation systems, digital studios and tapeless cameras backed up the human resource component of “Halalan 2010.” Reporters and cameramen were also armed with MacBook Pros for their field edits and transmission. The energy and adrenaline in the war room, which facilitated the integration of all platforms, was awesome, said ABS-CBN News Channel (ANC) chief operating officer Glenda Gloria, whose team became part of the war room for the first time in “Halalan 2010.” 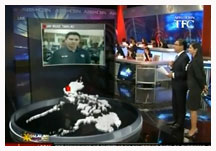 ABS-CBN HalalanANC alone had about 118 people in the newsroom, support services, and studio, plus at least two dozen interns. “Everyone could feel and see history unfolding, and that they’re somehow a part of it,” Gloria said.

The ANC team had also put a year into preparing for the automated polls by tapping social media and making its presence felt there (Twitter and Facebook); by organizing leadership forums for candidates; and by putting up specials.

“Through these, we were able to train our writers, anchors and producers for ‘D-Day,’” Gloria noted. “All the stock knowledge built and lessons learned from the yearlong preps were finally put to good use during our 48- hour coverage, where we were able to mix breaking news with good insights.”

With their studio sitting right on the perch of the nerve center, the extraneous noise triggered by big breaking news that occasionally got to ANC air, while distracting to some, gave viewers “a feel of how a real war room operates.” 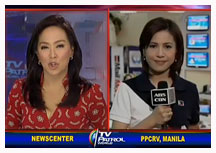 ABS-CBN HalalanAugmenting reality
The new on-air look meanwhile used augmented reality, a combination of real and virtual elements and supplemented with a touch screen said to be the largest in the Philippines. The numbers seem to bear out Ressa’s thesis as, just before the elections, ABS-CBN notched a rating of 68% over its close rival’s 58% in terms of the credibility of selected news reports, according to a Pulse Asia survey.

Setting agenda
“I’m really thrilled how we went into election coverage. We went after exclusives, we wanted to set agenda. We didn’t want to take the safe road. Our viewers rewarded us for that,” Ressa smiled.

The power of TV—and ABS-CBN—was brought home to Ressa in a March 2010 report that indicated that more than newspapers and the Internet (1% each), or even national and local radio stations (2% each), TV remained the “most influential source of information in choosing a president” with 66%. 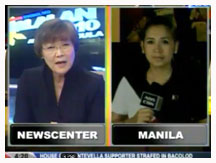 ABS-CBN Halalan“That made me think, ‘My gosh, who cares if we don’t sleep for a week?’ This is very important what we’re doing, di ba?” In the end, more than the reward in the form of skyrocketing ratings and positive feedback from the audience, Ressa is proud of the way her team in the NCAD pulled together over the past year to come up with the groundbreaking, on-the-edge reporting and agenda-setting coverage that is “Halalan 2010.”

ANC was also rewarded with rave reviews from viewers, including members of the diplomatic community and Philippine watchers from cities around the world. For the woman at the helm, the 48-hour marathon coverage from May 10 to May 12 heralded a milestone for the country’s only English news channel. 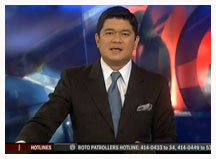 With the end of the election season, BMPM will now be transformed into “Bayan Mo, I-Patrol Mo” and will continue harnessing the powers of citizen journalism.

Just the beginning
“The work is just beginning. A president was elected and there’s a new government in place. Power structures are being revisited now, the alliances are happening and things are changing, this is a time of change. Now is the time we need the Boto Patrollers,” Ressa said.

As for her colleagues in ABSCBN and ANC, the former CNN stalwart has nothing but praises for everyone involved in pulling the mammoth undertaking off. 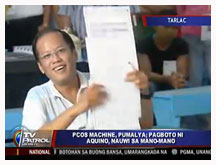 ABS-CBN Halalan
“‘Halalan 2010’ was a lot of people; thousands of people, I would say. The newsroom is about a thousand people-strong but everyone helped us. Research was deeply involved, engineering and entertainment…. It was a whole network effort, just like the Cory coverage [in August 2009] was.

“It was beautiful. I would put it up against the best in the world. I loved the look of it, I loved the feel of it. For that to happen, given the tight deadlines that we had—and everything that went wrong that was fixed—meant every single person was putting in extra. No one let the ball drop. When they could see the ball coming to them, even if no one knew who was supposed to catch it, someone ran out and caught it. And it worked.”