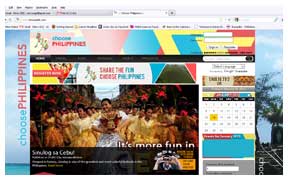 Just how fun is it in the Philippines? Veteran broadcast journalist Charie Villa, who is now with Regional Network Group (RNG) of ABS-CBN, says that “it counts 7,107 reasons why.”

The travel website Choose Philippines is a brainchild of RNG. It started off as “Pili-Pinas,” a Web portal with a oneman crew in Enzo Lacap. Two years later, in February 2011, Villa took it under her wing at the request of RNG head Jerry Bennett.

Villa was the perfect fit for the site. As the network’s News Gathering and Online and Mobile Group head, she propelled www.abs-cbnnews.com to become the country’s number one news site according to the Australia-based audience measurement company Effective Measure. 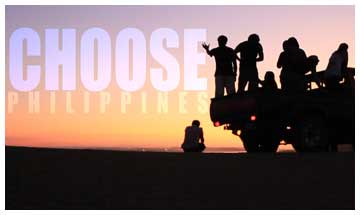 By then, the travel website had quietly built up a considerable following on Facebook. “He [Lacap] started small. By the time we picked it up, it had 100,000-plus ‘likes.’ I said, wow! Using only Facebook, we could already see how potent it was. I really acknowledged that,” Villa said.

She suggested that Choose Philippines be positioned as a sharing portal where travelers’ hitherto undiscovered finds can be aggregated. Beefed up by the addition of former Malaya news reporter Rhoel Fernandez as editor in chief and Rita Abiog as web sales strategist and specialist, Choose Philippines aims to “help travelers make the right picks and to present the audience with an audience of their own as they share the stories and experiences of their journeys.” 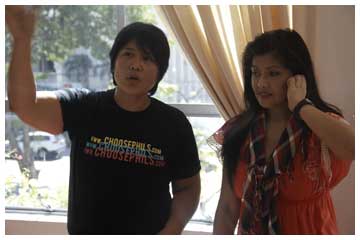 The stories on Choose Philippines are categorized under travel, food, festivals, people and products. Thanks to an enthusiastic army of contributors, whatever, wherever and whenever in the Philippines it is, sooner or later, Choose Philippines will have it. Global and local tourists and balikbayans thus look forward to the day they can experience for themselves authentic batchoy from La Paz, Iloilo; trace the footsteps of Anthony Bourdain to “the best pig ever” in Cebu; make a pilgrimage to the 12 waterfalls in a municipality in Ilocos Norte; or freak out over lechon crocodile in Davao. 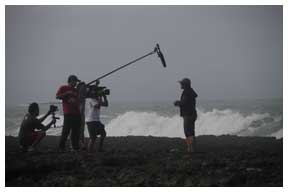 By the second half of 2011, the Facebook likes had spiked to almost a quarter million on the back of the launch of the Choose Philippines music video featuring Robert Labayen’s rollicking paean, “Piliin ang Pilipinas,” on “ASAP.” Post views on the popular social networking site had hit a whopping 151 million by November 2011, while www.choosephils.com racked up 1 million views.

According to Fernandez, the site has become so popular that people would ask if they were the Department of Tourism (DoT). But, make no mistake about it, both are staunchly for Team Philippines. The team even joined the DoT bandwagon by tweaking their tagline to “Share the fun. Choose Philippines.”

As ABS-CBN’s multimedia strength comes into play, with online, on-air and on-ground “encouragement channels,” the scope of Choose Philippines has sailed into new territory. More than an online business, it has now snowballed into a movement, with a mission “to uplift the country through tourism by creating business opportunities for the Filipino people in the countryside.”

“Our choices to improve our economy are logging, mining and sustainable tourism,” Villa

pointed out. For the first two, all one needs in order to be “legal” is a permit, but the time will come when there will be no resources left for future generations of Filipinos.

“Sustainable tourism is harder but that’s what we’re going for because it will bring jobs to the countryside,” Villa said, citing an encounter with locals hawking miniatures of the Bangui windmills. These men, lugging their merchandise, routinely wait for several hours under the heat of the sun to make a sale amounting to a couple hundred pesos. “That’s what moves us. We’d like to help them create viable businesses for themselves.”

In Italy and the US, “agriturismo” (also known as farm stays) has given small farmers a new lease on life, so to speak, by allowing them to host paying guests. “Why not convert our farms into organic bedand- breakfast destinations or restaurants where you can have the freshest cheese and salad? Agriculture still brings in the most contribution to our GDP and if we support our farmers, we can produce not just for our country but export as well,” suggested Villa.

Inevitably, Villa and Choose Philippines’ gung-ho stance has become a magnet for seemingly desperate or lost causes. Every so often, groups or individuals also ask them to spotlight a particular site or product.

One cause that Choose Philippines has thrown their lot with is advertising photographer John Chua’s advocacy— the repair and preservation of the Banaue Rice Terraces. According to Villa, the terraces will be delisted from UNESCO’s World Heritage List within the year unless the country moves to undo years of damage wrought by landslides and neglect.

Choose Philippines supports Canon Philippines’ (Chua is a brand ambassador) photo marathon for amateur photographers at the terraces in early February 2012, with the twin outcomes of helping bring back tourism to the locality and spurring its economy.

Which was why ABSCBN’s top management consciously chose not to put its stamp on Choose Philippines so as not to isolate anyone, including the Kapuso and Kapatid.

“We want people to say ‘Choose Philippines’ because we are all Filipinos, it doesn’t matter who stands out,” Villa said. “With Choose Philippines, our foremost objective is to remind Filipinos what a great country they have. And if we stop fighting and get our act together, we might really become the best Asian country.”