We need to tell our story, they said.

They wanted a proper school building one that had a roof and walls, and a toilet that was not a hole in the ground. They had sought out ABS-CBN’s Bayan Mo, iPatrol Mo (BMPM), requesting the group to conduct a workshop in their area. To prove they were serious, they put the whole thing together by themselves all the BMPM facilitators needed to do was show up.

When D-day came, the high schoolers from Ubay town in Bohol travelled for three hours two hours on foot, another hour by bus—to reach the venue. After sitting through the morning’s discussion, they insisted on taking part in the workshop for Bayan Patrollers, a four-hour affair that tackled journalism ethics and standards and included practice sessions.

“I told them, I promise our next workshop will be with you, but for now, this is just for the older kids because of ‘Halalan,’” narrates BMPM head Inday Espina Varona. “One student said, ‘Bakit, Ma’am, election lang ba ang Bayan?’ You should have seen the looks on our 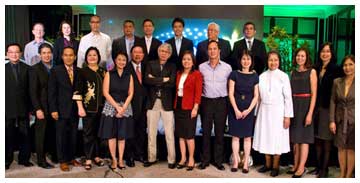 faces. We were like, how do you drive them away?

“Three days after the workshop, the kids had their video, and it was spectacular. Everywhere I showed it, people would go like this,” adds Varona, pretending to surreptitiously dab at her eyes.

Two days after the report aired on “TV Patrol,” in October 2012, Varona was on the phone with the students. “They were screaming for joy, saying ‘Dumating na po ang mga semento para sa aming banyo.’”

By February 2013, more improvements had been done on the school with help from the Department of Education walls were put up, as well as jalousie windows.

The story of the students from Ubay, Bohol, more than 600 kilometers distant from Manila, is one of the stories Varona likes to hold up as an example of the power of citizen journalism.

The real lesson, she points out, is that the students did not stop at reporting they wrote to government officials and sought the help of college kids in the town center in following up their letters and in raising funds.

“If a group of kids in a town in Bohol can do this with the very limited resources they have, I cannot see any reason those of us who are comfortable in Manila can’t even do a little, even just in our barangay,” says the Bacolod-born veteran journalist.

In the run-up to the May 13 elections, Varona and her team have conducted close to 70 workshops around the country and even abroad. To attend one of these affairs, an individual would have to set aside one whole day. 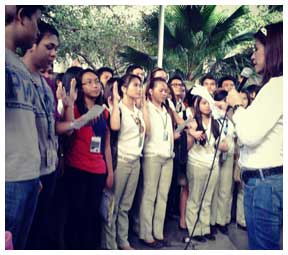 The morning is dedicated to a forum with representatives from ABS-CBN’s “Halalan 2013” partners, such as the Commission on Elections (Comelec), the Parish Pastoral Council for Responsible Voting (PPRCV) and the Philippine National Police. The rest of the day is dedicated to the citizen journalism workshop.

The forum attracts as many as 2,000 people, while the workshop is limited to 150 participants.

Varona notes that the composition of Bayan Patrollers reflects Philippine demographics. Up to 70% are youths in the 15-35 age range and are “very young and very dynamic.”

“Eventually we had so many invites from communities. The hunger was so great that one or two persons could not do it alone, so we fanned out,” says Varona, who joined BMPM in July 2010.

What happens on May 13

On May 13, Bayan Patrollers will be a part of ABS-CBN’s “Halalan 2013” coverage as actual reporters, alongside the reporters of the 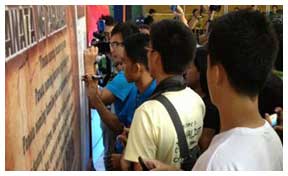 “For the first time, there will be BMPM stations outside, on live location. We’ve trained Bayan Patrollers not just to report—they’ll actually be aggregators, to be the ones doing the news and collating stories,” Varona says. 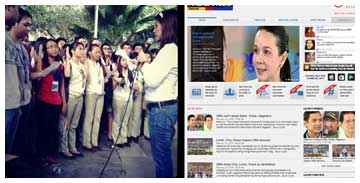 Photos from bmpm.abs-cbnnews.com and www.facebook.com/bayanmoipatrolmo.akoangsimulaThe Philippine Star, BusinessWorld, Manila Bulletin and Business Mirror are print partners, while Fully Abled Nation, the Management Association of the Philippines, YouthVote Philippines and Alternative Law Groups are cause partners.

Also joining the Kapamilya network’s campaign for clean elections are educational institutions such as the University of the Philippines system, the UP Diliman Student Council, La Consolacion College, University of Sto. Tomas, the Ateneo School of Government and the DLSU Jesse M. Robredo Institute of Governance.

“Our people are really, really determined, even now. It’s amazing how assertive citizens have become in actually questioning the candidates about their platforms,” Varona notes when asked about how she sees the landscape with less than a month to go before the next electoral exercise.

But more than watching out for electoral fraud, the “Bayan Nanay” says she hopes Filipinos use their knowledge and social media networks to find out what their communities really need, as in the case of the teenagers from Ubay and even the overseas Filipino workers in Hong Kong.

According to Varona, this particular group of Bayan Patrollers responded to a request for donations for the victims of the 2012 habagat 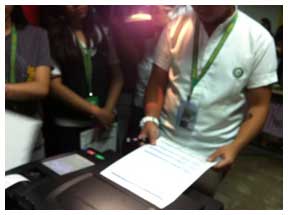 rains that was posted by another Bayan Patroller on the BMPM Facebook page. Made up mostly of domestic workers, the HK-based Bayan Patrollers collected clothes and passed the hat for flooding victims in Malabon.

As a subgroup, these Bayan Patrollers have moved on to organizing their own medical missions, enlisting their friends who are nurses. They use their own money for these undertakings, despite the fact that they themselves “barely earn minimum.”

“Bayan Patrollers are aware that social media can be at its most useful if they use it to help those without access to it. They are using social media and the skills that we taught them to crack the problems of their communities, finish finding solutions to them and ensuring that the solutions are actually fulfilled,” Varona observes.

“We’re just providing them with the tools and the skills. In the end, that’s what democracy is all about—helping them and allowing them to run with it.”