Lopez Group chairman and clan patriarch Oscar M. Lopez (OML) welcomed an estimated 400 artists, journalists, culturati, Group executives and family members in marking the jubilee of what he described as “one of the legacies [of Eugenio H. Lopez Sr.] that is closest to the Lopezes’ hearts.” He recalled the inauguration of the Lopez Museum, then housed in a modern, triangular building in Pasay City, on Feb. 13, 1960. He also acknowledged his siblings Geny, Manuel (MML), Robby and Presy and his daughter Cedie Lopez-Vargas for taking on the responsibility of being the custodians of Don Eñing’s legacy. As the museum looks forward to the next 50 years, OML stressed, its “relevance will continue unabated, and it will continue to serve” the Filipino.

MML, who also serves as president of Eugenio Lopez Foundation Inc., introduced the commemorative volume “Unfolding: Half a Century of the Lopez Memorial Museum and Library.” Authored by former consultants Joselina Cruz and Serafin Quiason, current curatorial consultant Eileen Legaspi-Ramirez and writer Felice Sta. Maria, and edited by Purissima Benitez-Johannot, “Unfolding” chronicles the history of the museum and expounds on its collections that include Filipiniana titles, maps, artifacts, and paintings by Filipino masters.

“This uniquely Filipino collection belongs to all of us and to future generations,” MML said as he thanked the guests for joining the evening’s celebration.

Museum director Cedie Lopez- Vargas explained that the exhibition/ event, Threads: The Museum as Site for the Weaving of Tales, which kicked off the museum’s jubilee, aimed to give the audience a sense of how the institution sees itself.

“We really tried to make the artworks come alive and become more relevant and memorable to the audience,” she said.

Wizer’s Extra ORDINARY combined found objects made out of trash woven into tapestry and garments coupled with sound elements. Her work takes off from Jose Tence Ruiz’s Topless Victorian. She also collaborated with Syjuco, whose Where are we now?... Where do we go from here...? transformed the female figures in Luna’s España y Filipinas into Barbies ascending toward a video projection of images suggestive of cultural imperialism.

Abaya’s video installation, “Generator,” used archival footage of the museum’s opening in Pasay as well as objects in its trove, while Dalena’s “Watch History Repeat Itself ” used images taken from the Lopez Library archive as projected upon marble and soil. Ann Tiukinhoy Pamintuan offered The Family Affair and Pie Chair, hand-welded galvanized wire sculpture lounge pieces that evoked the need for bonding and converging physically.

In Industrial Totems, the museum’s very own consultant for artistic direction and new media exhibitions, Claro Ramirez, invoked history, lineage and memory in light of the museum’s turning 50 years old. Evocative of the underside or unfinished nature of creative practice, three totemic sculptural pieces underscored how birthing the new begins with what is old and perceived as used up.

With Threads, the museum underscored its “commitment to move forward by broadening its engagements outside its premises in Pasig and pursuing an openly interdisciplinary approach to exhibitions and programs.” At the same time, in an earlier interview with LopezLink, director Lopez-Vargas expressed her wish to grow the museum’s library and art collections. 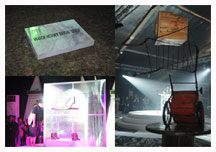 The library, with its ever expanding trove of Filipiniana titles—at least 19,000 as of last count—is oftentimes a source of amazement for foreign researchers. “They are so bowled over by what we have and by the richness of the Filipino culture that is not evident on the surface,” Lopez-Vargas shared. “That’s why a lot of them get very interested in different facets of our culture and heritage.”

With its growing number of visitors, the Lopez Museum has created its own little community in Ortigas, its home since moving from its original location in Pasay in the 1980s. The 1,200-sq. m. space may admittedly pose some limitations, but it fulfills the museum’s objective to offer exhibits that invite more intimate viewing and to provoke questions in the visitor’s mind. Lopez-Vargas herself has one thing at the top of her wish list as the museum looks forward to more decades of serving more generations of Filipinos. 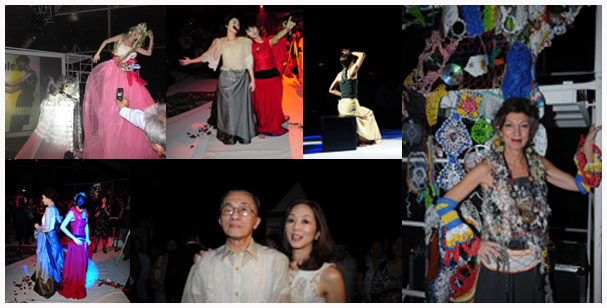 “Every museum director’s hope is that there will somehow be a way to sustain the museum and its programs. That’s my biggest wish, for an endowment that will allow it to continue its mission of enriching minds, the lives, the souls of the Filipino p,eople,” she said.