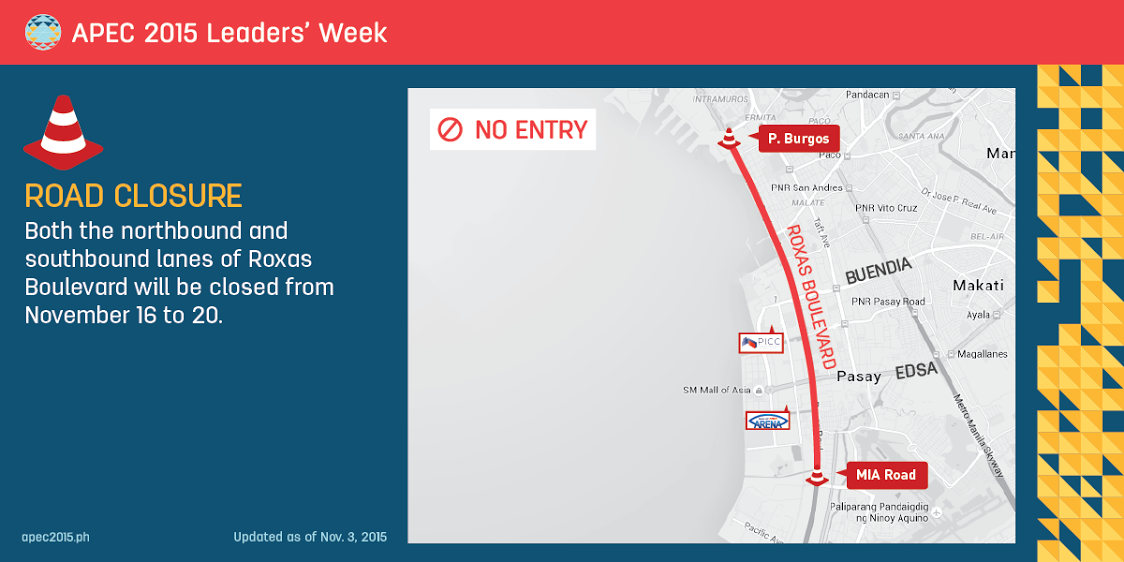 Several roads in Metro Manila will be closed to traffic on November 16 to 20 during the Asia-Pacific Economic Cooperation (Apec) leaders’ meeting in Manila.

The Metropolitan Manila Development Authority (MMDA) issued a traffic advisory on the rerouting scheme and traffic changes to be implemented within Metro Manila on November 16 to 20 during the Asia-Pacific Economic Cooperation (APEC) leaders' meeting.

The two innermost lanes of EDSA from Shaw Boulevard to Roxas Boulevard of both the northbound and southbound sides are the designated special APEC lanes. This will be strictly used for authorized vehicles from November 16 to 20.

Road closures in the Cultural Center of the Philippines area will be from November 16 to 20, 2015.

Road closures in the Mall of Asia Arena will be from November 18, 2015 starting 6 a.m. until midnight.

The MMDA said that the number coding will be implemented on November 16 to 20.

The Office of the President has earlier suspended classes in all levels and work in the public sector from November 17 to 20 in Metro Manila. November 18 and 19 have been declared as non-working days. 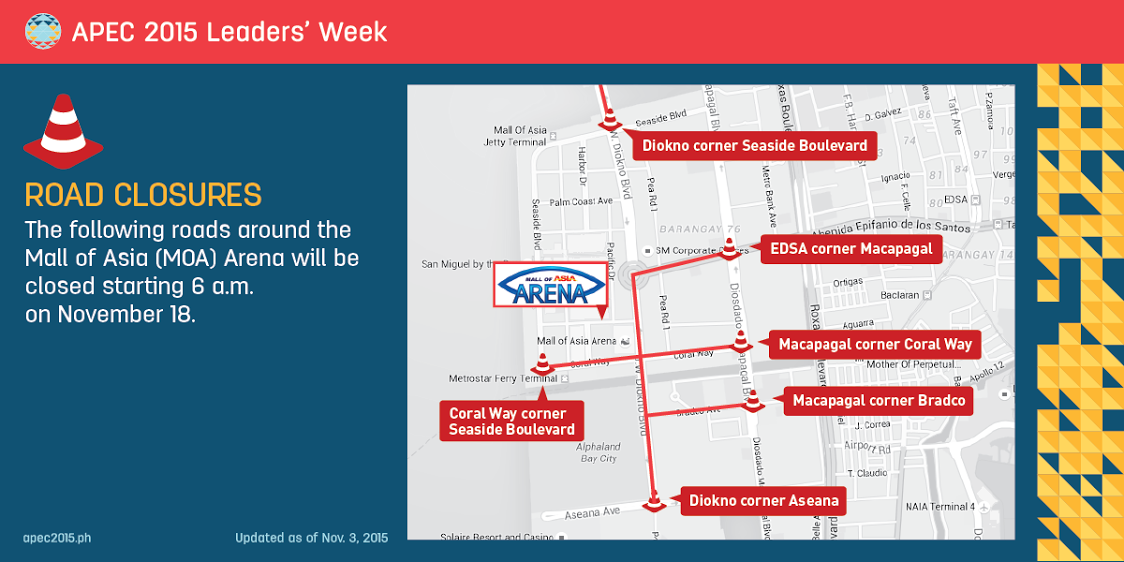 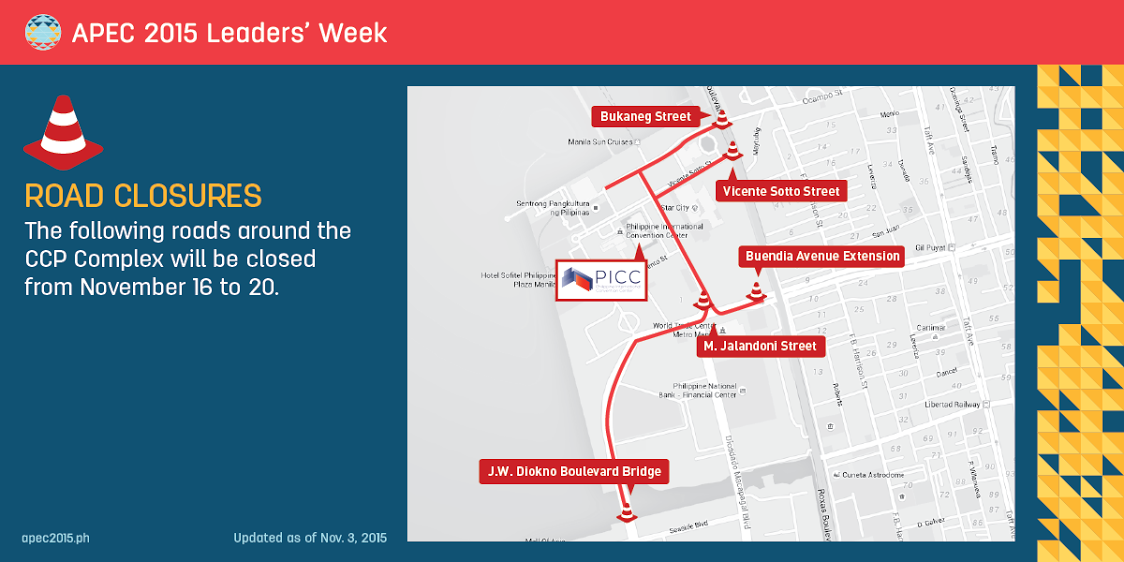 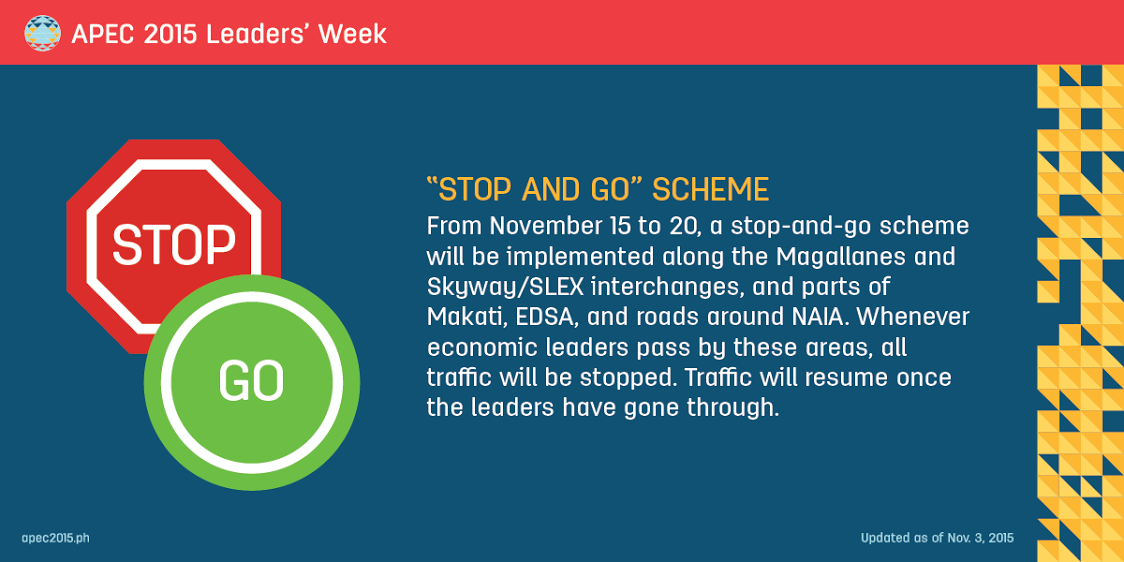