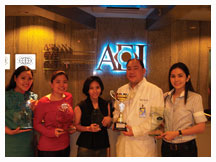 The study showed that flap thickness with the Schwind keratome was significantly thinner, allowing LASIK treatment of higher myopic refractive errors. However, the thin flaps increased the risk of flap wrinkle and dislocation. The Bausch and Lomb XP-created flaps were significantly thicker and more stable. The study recommends that a thicker residual corneal bed thickness be used for LASIK computations when using the XP microkeratome as a safety consideration to avoid post-LASIK ectasia.