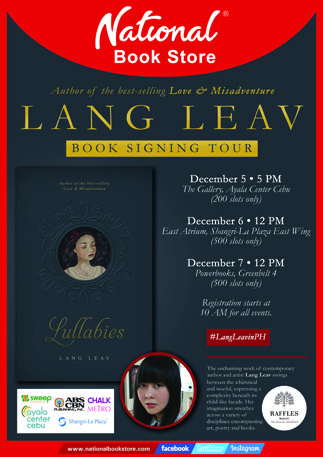 Poster - Lang LeavFans of the bestselling books ‘Love and Misadventure’ and ‘Lullabies’ are in for an early holiday treat as the bestselling author behind the phenomenal books Lang Leav visits the Philippines for a series of book signing events from December 5 to December 7.

Published in 2013, ‘Love and Misadventure’ explores the concepts of love and loss. Because of the high demand, a sequel to ‘Love and Misadventure’ was published in September 2014. ‘Lullabies’ is set to a musical theme which begins with a Duet followed by an Interlude and Finale of love’s poetic journey. Both books achieved critical success and prove that Lang possesses an ability to pen complex emotions with simplicity.

Lang is also an award-winning contemporary writer. She is the recipient of The Qantas Spirit of Youth Award and she received a coveted Churchill Fellowship. Her books are available in major bookstores worldwide and she has gained a cult of followers in social media. 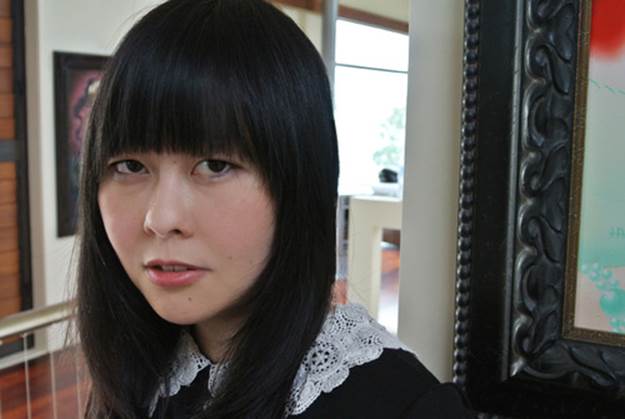 ‘Love and Misadventure’ and ‘Lullabies’ are available in National Book Store. Don’t forget to tag #LangLeavinPH on December 5-7 as we give our favorite poet a warm welcome in the Philippines! (Story/Photos by: Katherine Solis)