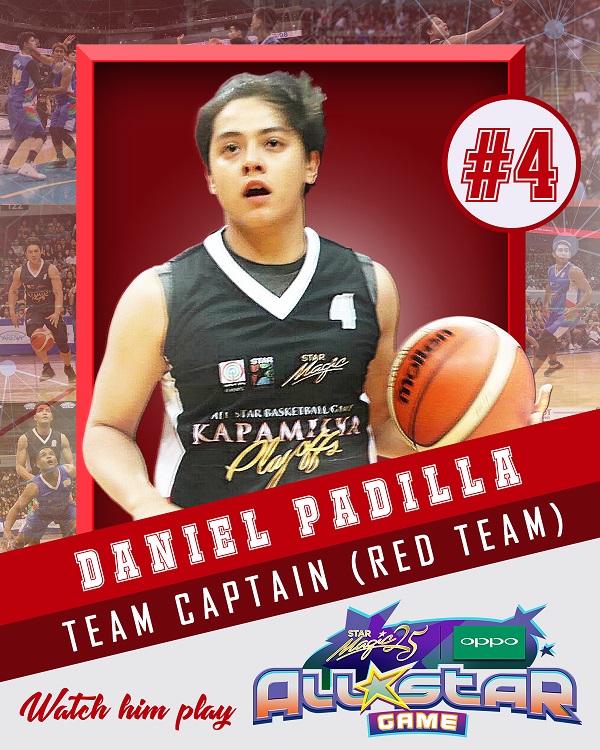 Clash of Kapamilya! Get ready for another intense basketball battle of Kapamilya stars in the Star Magic Oppo AllStar Game with teams headed by Daniel Padilla and Gerald Anderson at the Araneta Coliseum on August 13.

Presented by ABS-CBN Events and Star Events, the all-star game features an exhibition basketball match between the two teams composed of Star Magic’s male artists who are ready to shoot, assist and control the boards.

Will Team Gerald be able to win the competition this year? Or will Team Daniel keep the crown? Which stars will join this year’s mythical five?

Aside from the all-star battle, fans and supporters will enjoy games and surprise appearances and performances from other Star Magic and Star Music artists during halftime.