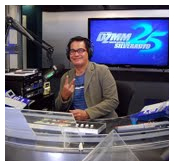 Followers of "Mga Kwento ni Marc Logan" in ABS-CBN's flagship newscast "TV Patrol" have something new to anticipate from DZMM's newest offering, "Logan Live" that airs Tuesdays and Wednesdays at 1 a.m. until 4 a.m. In his interactive music program, listeners and viewers get to catch Marc's spontaneity as a comic discussing topics on relationships, friendship, and family accompanied by his classic 70s and 80s music playlist.

DZMM's has also launched its 'comedy bar on air' via "O.A.!" anchored by Onse Tolentino and real-life stand-up comedian and writer Alex Calleja to pump up the public’s lacklustre Saturday evenings with their witty banter, trivia, and jokes. Tune in to Onse, the grand winner of the first comedy talent search on radio, "Laugh Out Loud 2008" and the competition's first runner-up, Alex every Saturday at 9 p.m. Listeners and viewers, meanwhile, can keep abreast of the latest news events even before they hit the upcoming week’s headlines from Ricky Rosales and Jun Lingcoran in "Radyo Patrol Balita Linggo," 11 a.m on Sundays. The tandem will take on the crucial task of dissecting the county's hottest news stories by interviewing newsmakers and officials on issues that are expected to develop at the start of the week.

DZMM, meanwhile, continues its winning ways after being named contender for top honors at the ABU Prizes 2012 and dominating the latest ratings data in Mega Manila and Metro Manila.

Two entries from DZMM are up for three awards in the ABU Prizes 2012 this October. Its DZMM Silveradyo Station ID, which was launched in celebration of the station’s 25th anniversary, was named finalist for the Radio Special Jury Prize and for the Radio Jingles/Station IDs category. "Radyo Patrol Balita Alas-Dose," meanwhile, is set to contend in the Radio News Reporting category for its roundup on the aftermath of typhoon Pedring last year. DZMM also topped all AM radio stations in Mega Manila in July this year based on the latest data from Nielsen Radio Audience Measurement, where it registered a 34% average audience share, eleven points higher than rival DZBB (23%) and more than twice as high as DWWW (15%) and DZRH (11%). 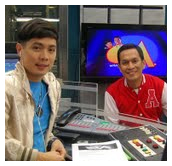 DZMM anchors Onse Tolentino at Alex Calleja sa O.A. (Photo by: Charlie Nabartey)
It also ruled the competition in Metro Manila as it ranked highest in the survey conducted by the Kapisanan ng mga Brodkaster ng Pilipinas (KBP) Radio Research Council in March 2012, hitting an average audience share of 8% all days of the week, versus DZRH’s 6%. Meanwhile, broadcast journalist Ted Failon continues to give away "mahiwagang back pack at mahiwagang black box or Digibox" via the seeding program of "Failon Ngayon sa DZMM" to promote Digital Television (DTV), a high-tech standard that uses digital signals for broadcast. DZMM TeleRadyo will be one of the free channels to be unveiled by when ABS-CBN DTV is formally rolled out.

DZMM has also unveiled the new version of its station jingle for its 26th anniversary celebration, performed by singer Zia Quizon. Tune in to "Logan Live" on Tuesdays and Wednesdays at 1-4 a.m., "O.A.!" on Saturdays at 9 p.m., and "Radyo Patrol Balita Linggo" on Sundays at 11 a.m. on DZMM Radyo Patrol 630, on DZMM TeleRadyo (SkyCable channel 26), or online on dzmm.com.ph. For updates, follow @DZMMTeleRadyo on Twitter and like www.facebook.com/dzmmteleradyo. 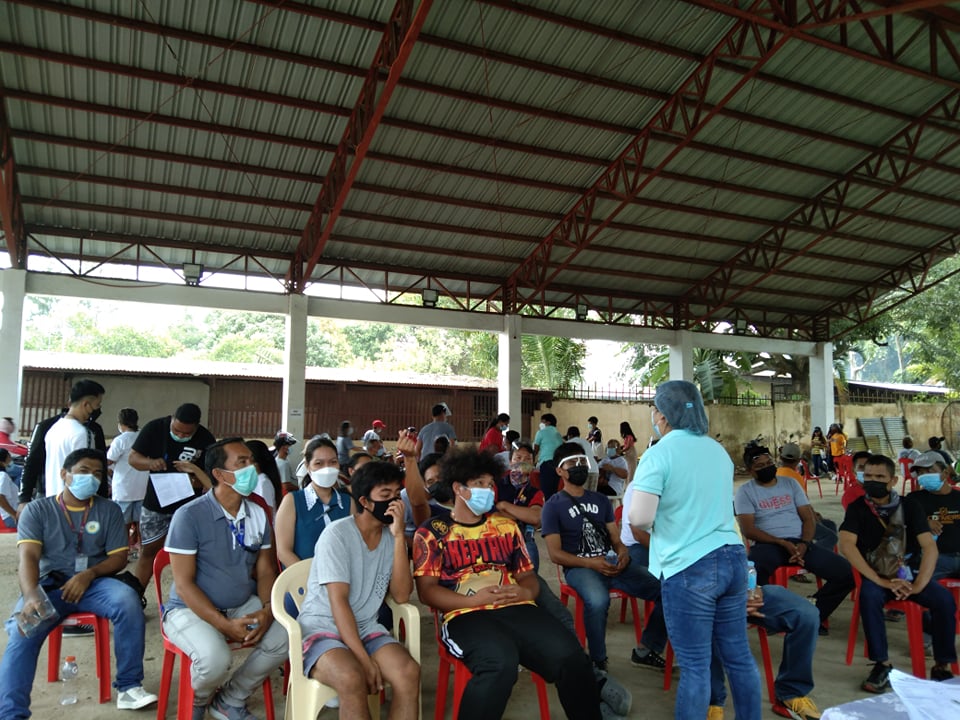