Failon Ngayon LogoABS-CBN current affairs program “Failon Ngayon” recently bagged an honor at the International Media Excellence Awards given by the Association for International Broadcasting (AIB) in the United Kingdom.

“Failon Ngayon” won the Best Domestic Current Affairs Documentary for Television for its coverage of super typhoon Yolanda in 2013. It bested other TV networks from Spain, United States, South Africa, and United Kingdom.

“It was a story that was put together in the most challenging circumstances. The whole team brought home the scale and the human tragedy that it really was. It was a worthy winner,” said AIB chief executive Simon Spanswick in an interview of “TV Patrol.” 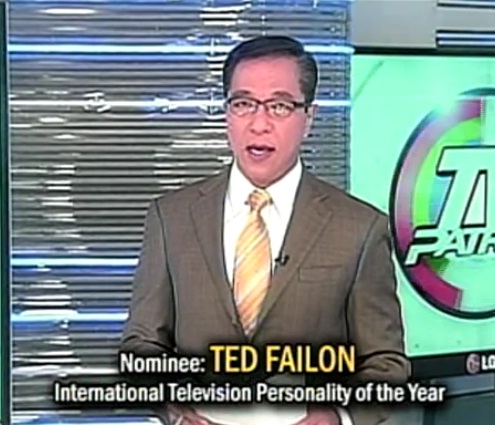 Ted Failon nominated in Intl Media Excellence Awards in London“Failon Ngayon” anchor and seasoned broadcast journalist Ted Failon, on the other hand, was nominated for the International Television Personality Award along with other outstanding broadcasters from around the globe.

Now on its tenth year, the AIB annually searches the globe for the top achievements in factual content for TV, radio, and online. Nominees were evaluated by an international panel of 50 judges from the broadcast industry.

Don’t miss “Failon Ngayon” every Saturday at 4 PM on ABS-CBN with a replay on ANC every Sunday at 2 PM. For updates, like and follow the program’s social media accounts www.Facebook.com/failon.ngayon.fanpage and www.Twitter.com/@Failon_Ngayon. Tweet your thoughts and reaction this weekend using the hashtag #FailonNgayon. (Story/Photos by: Kane Errol Choa) 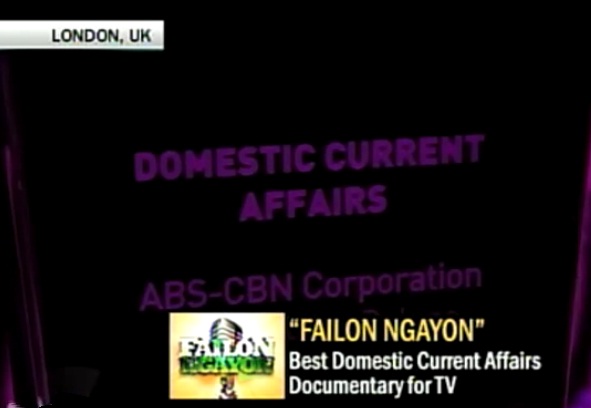 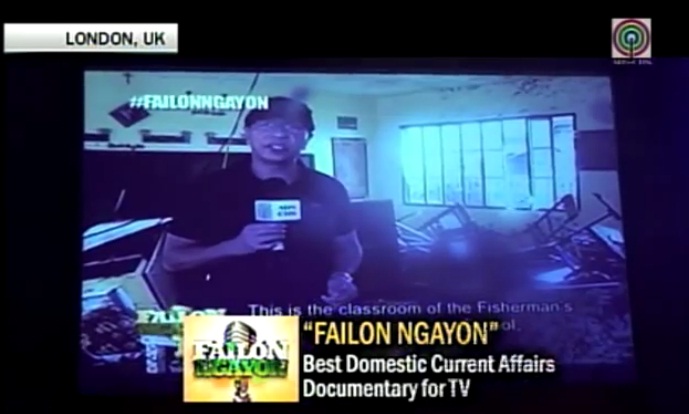