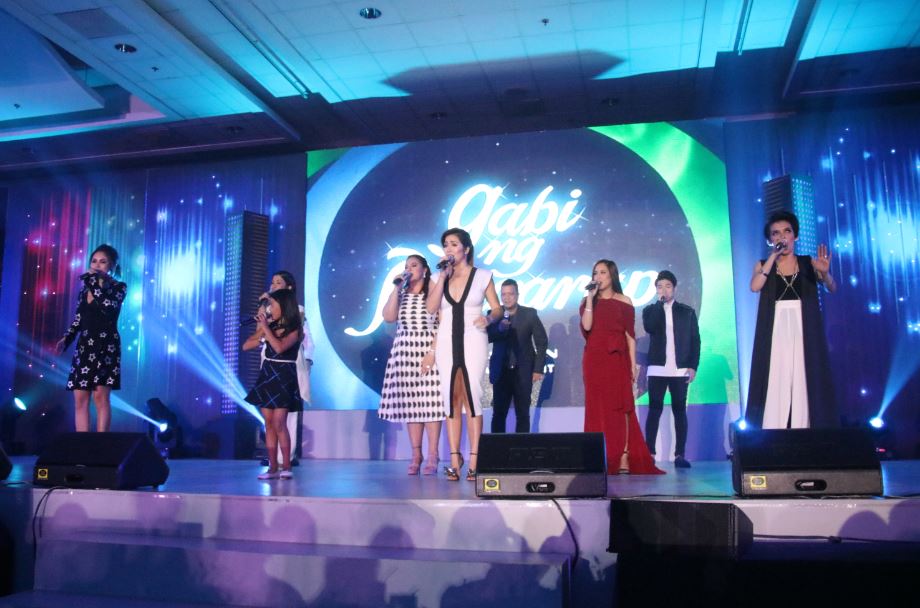 Kapamilya singers at ABS-CBN Gabi ng Pangarap Trade EventABS-CBN gave a sneak peek of its new shows that will showcase the talents and dreams of Filipinos at the ABS-CBN trade event titled “Gabi ng Pangarap” held at the SMX Convention Center.

“Pinoy Big Brother,” the country’s longest-running reality show, is all set for its seventh season. Also returning is “Minute to Win It,” which will once again make hearts pound with its thrilling games.

Viewers should brace themselves as the international talent search “Pinoy Boyband Superstar” will assemble the biggest boy band of the country with judges Yeng Constantino, Vice Ganda and Kpop superstar Sandara Park.

Aside from the upcoming reality shows, the reigning singing talent search “The Voice Kids” was one of the night’s highlights with coaches Sharon Cuneta and Bamboo giving spectacular performances.

Meanwhile, a “kilig fest” ensued with James Reid and Nadine Lustre performing the theme song of their upcoming series, “Till I Met You.”

The sweetness of “Dolce Amore” stars Enrique Gil and Liza Soberano sent the audience into a frenzy as they serenaded the crowd. The love team of Elmo Magalona and Janella Salvador also did not fail to make the audience giddy.

The advertisers had their shining moment as they played games and won cash prizes. The stars and love teams expressed their gratitude for the advertisers’ support through a meet-and-greet activity. (Story/Photos by: Kane Choa)