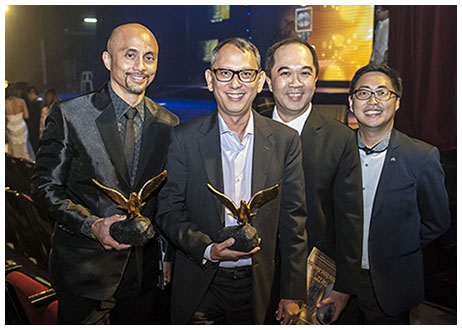 ABS-CBN Publishing CEO Ernie Lopez Head of Narrowcast, March Ventosa Head of Sports, Dino Laurena, and OIC of Corporate Communications Kane ChoaABS-CBN chairman Eugenio “Gabby” Lopez III received the highest honor in this year’s 22nd Golden Dove Awards as the Kapisanan ng mga Brodkaster ng Pilipinas recognized him with the prestigious Lifetime Achievement Award for his contributions to the broadcast industry and how he took the lead in changing ABS-CBN’s business strategies for the benefit of its viewers.

“Our consumers have changed. They now have the power to choose how and when they would consume our content. From being a broadcast mass media company, we are now driving our revolution to become a consumer company that engages with each customer on an individual basis. We change because that is how we can best serve the Filipino,” said Lopez in his acceptance speech read by ABS-CBN Publishing CEO Ernie Lopez at the awards ceremony.

Lopez shared the honor with the men and women of ABS-CBN who have lived up to the company's mission to be in the service of the Filipino people for the past 60 years. “While the award is much appreciated, I was surprised to learn that there was an award attached to my doing what I love. What exactly do we do in ABS-CBN? We serve the Filipino. We begin and end with that,” he explained. “I know that whatever the future generations do, it will be to better serve the Filipino. For as long as there is a Filipino in need, we will be there to serve him.” Apart from the top honor given to Lopez, ABS-CBN programs and personalities also bagged a total of 24 awards including the Best TV Station award for ABS-CBN.

The Golden Dove Awards program is held annually by the country’s broadcast media association KBP, where winners are chosen from the association’s members by independent jurors representing the youth, academe, religious groups, advertising industry, and government. (Story/photos by: Kane Choa) 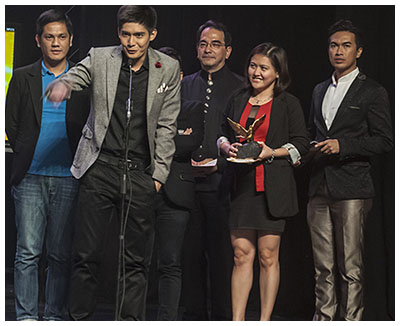 Robi Domingo with the production staff of ASAP 19 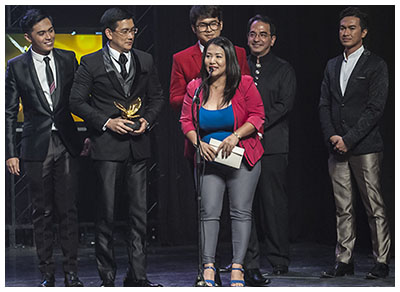 Be Careful With My Heart cast 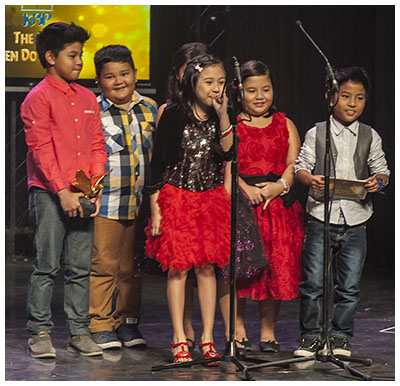 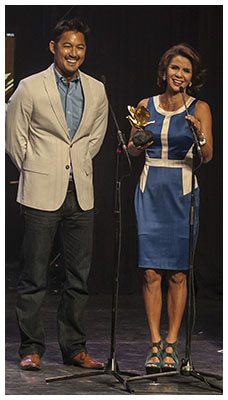 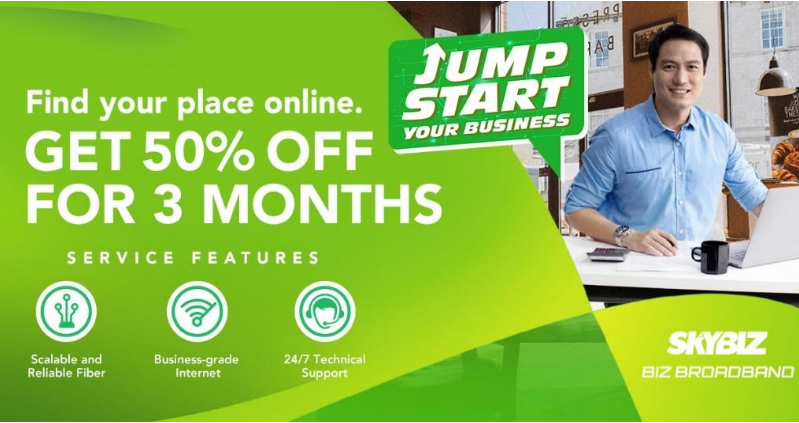