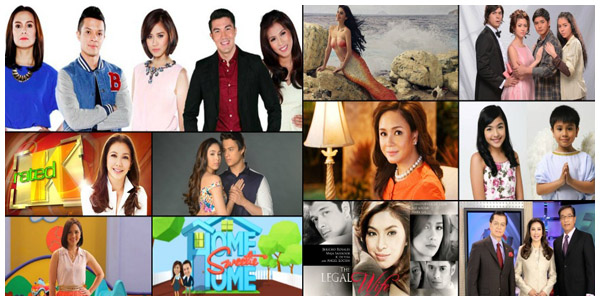 Top TV Programs in May

ABS-CBN sustained its nationwide leadership by having the most number of Philippine TV households watching its shows the whole day. The country’s largest and leading multimedia conglomerate hit an average audience share of 44%, or 11 points higher than GMA’s 33%, based on Kantar Media.

ABS-CBN maintained its winning streak on primetime (6PM-12MN), enjoying a three-point increase from the average audience share of 48% in April to 51% in May, a whopping 21-point lead over GMA’s 30%.

THE VOICE KIDS coaches Lea Salonga, Bamboo and Sarah Geronimo and hosts Luis Manzano and Alex-GonzagaThe Twitter-trending singing-reality show “The Voice Kids” topped the list of the top ten most watched programs in May and hit an average national TV rating of 34.1%. Its pilot episode on May 24 garnered a national TV rating of 33.3%, or almost thrice the 11.9% rating of GMA’s “Vampire Ang Daddy Ko” on the same day.

The comeback of the phenomenal showbiz-oriented talk show “The Buzz” on May 18, dubbed as “The Buzz 15,” scored a national TV rating of 8.9% trumping “Startalk” with only 4.9%.

The return of the Philippines’ King of Asianovelas Lee Min Ho via the afternoon Korean drama “The Heirs” was also warmly welcomed by Filipino viewers. It debuted on a high note last May 26, recording a national TV rating of 13%, outdoing “Jewel in the Palace” that rated only 7%. 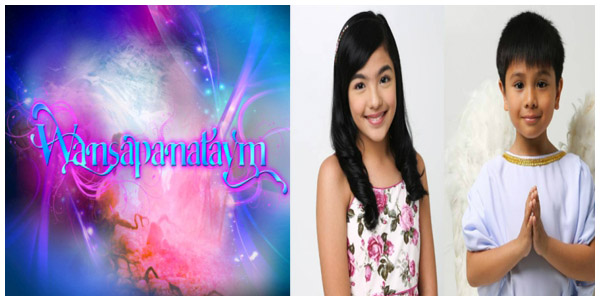 Raikko Mateo and Andrea Brillantes in WansapanataymABS-CBN also won in other key territories across the country. In Balance Luzon (all areas in Luzon outside Mega Manila), it earned an average audience share of 46% vs GMA’s 34%; 56% vs GMA’s 25% in the Visayas; and 55% vs GMA’s 27% in Mindanao.

TABLE 1.  TOTAL DAY NATIONAL TV VIEWERSHIP IN MAY 2014 BY HOUSEHOLDS

TABLE 4. TOTAL DAY VISAYAS TV VIEWERSHIP IN MAY 2014 BY HOUSEHOLDS

TABLE 5.  TOTAL DAY MINDANAO TV VIEWERSHIP IN MAY 2014 BY HOUSEHOLDS