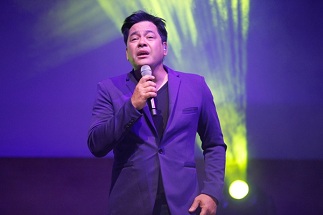 Martin Nievera delivers a powerful performanceThe Filipino Channel (TFC) promised to give Filipinos in Qatar the power of choice and the premier network delivered to thousands of kabayans’ their kind of entertainment at the trade event for the TFC IPTV Video on Demand service, “TFC Live Presents Martin Nievera” last April 18 at Qatar’s iconic venue Al Dafna Hall Sheraton Doha.

During the concert, the network fulfilled its promise of giving Filipinos the power of choice through TFC’s IPTV Video on Demand. Through TFC IPTV VOD, Pinoys get to enjoy their favorite shows from Kapamilya teleseryes, variety shows to current affairs from eight channels from the homeland, and rewind and fast forward, anytime they want for a specific period of time.

From start to finish, “TFC Live Presents” engaged the overseas Filipino (OF) audience with premium entertainment they deserved just like what TFC IPTV VOD has to offer. One of TFC’s earliest brand ambassadors Concert King Martin Nievera fittingly led the product’s trade event.

As TFC is taking its content and platform offering to new heights, Nievera also continues his journey with TFC further as he celebrates the milestone with Filipinos in the region.

The Concert King performed one of TFC’s famed station IDs of all time – “Come Home to TFC.” Attuned to the night’s theme of giving Filipinos their kind of entertainment, Martin segued to a more contemporary take as he did a mash-up of the station ID and Aussie indie band Sheppard’s chart-busting“Geronimo.” 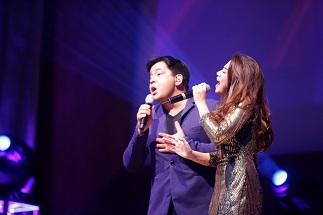 Martin Nievera and Morisette duetWhile the Concert King proved that he is indeed music royalty with his powerful rendition of his iconic hits such as “Kahit Isang Saglit,” he let the audience be king for a day when he let the kabayans choose one song that he was to perform at the concert. After tallying the votes of the concert-goers, “You Are My Song” emerged most requested and Nievera delivered.

Holding her own as the Next Big Diva, “The Voice” alumna Morissette Almon impressed the crowd of about two thousand, including Nievera, with her performance of Original Pilipino Music (OPM) music such as the Aegis hit “Halik” and her own “Akin Ka Na Lang.”

Sealing her tag as the newest female concert favorite in Qatar was her impressive version of Australian artist Sia’s blockbuster“Chandelier.”

Apart, Nievera and Morisette were already powerhouse performers. Together, the stage ‘exploded’ with talent as they performed their version of “Nothing’s Gonna Stop Us Now,” a cover of the Starship original which was theme of the TFC@theMovies’ blockbuster hit “Crazy Beautiful You” starring teen stars Kathryn Bernardo and Daniel Padilla.

As the concert reached the high point of excitement, the audience fell silent as Nievera sang “Pag-uwi,” a song that details the sacrifices made by overseas Filipinos as they try to earn a living in a land far from home and how their homecoming becomes a bittersweet reunion.

For more updates on events in the Middle East and to connect with fellow kabayans,visit www.facebook.com/TFCMiddleEast

TFC IPTV Video on Demand, will soon be available in various electronics retail distributors and major hypermarts, such as Carrefour in the UAE and Jumbo and Spark Electronics in Qatar. For details call 800 832 in the UAE or 00 800 971 832 in Qatar. 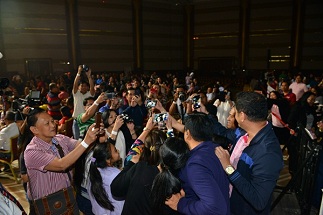 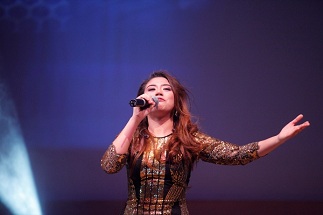 Morisette mesmerizes the audience as she sings a Katy Perry medley 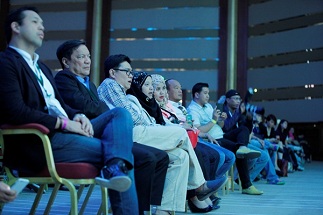 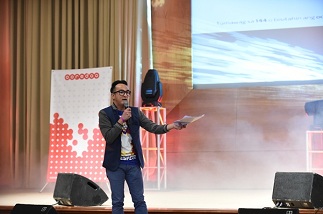