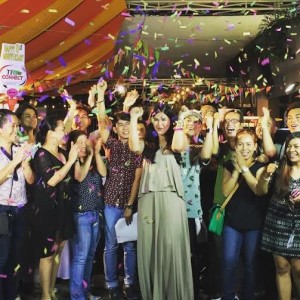 “TFC Connect” has been an indispensable companion of overseas Filipinos (OFs) two years shy of a decade in updating them with the latest events in the continents where they are, and from the Philippines. Hosted by actress-host Dimples Romana, “TFC Connect” is a five-minute exclusive program featuring different interactive segments connecting the Filipinos worldwide to their families here in the Philippines as summed up by their tagline, “Close tayo sa TFC Connect.”

In the segment “Mismo,” Kapamilya viewers get the chance to be with their loved ones in the Philippines virtually, online. On “Bida Cam,” OFs share their adventures here and abroad while in the segment “Kids of the Week,” TFC Connect focuses on the ‘galing’ or greatness of young Pinoy talents. Lastly, “Kapamilya Treats” provides a warm welcome for balikbayans.

According to host Romana, the line “Time flies when you’re having fun” holds true. I have been doing the show for only two years and it feels like forever.” She adds, “In ‘TFC Connect,’ we are one big family and I feel so much part of it. Even when I get to talk to our guests who share their adventures and kumustahan, I feel like I am part of their journey and their family conversations so I could not help but feel for them.”

While TFC Connect celebrates its eighth, “Balitang Global: Middle East - Europe Edition,” the latest addition to the news family of TFC, celebrates its first. “Balitang Global” is a 30-minute newscast, delivering timely and relevant news and features in the Middle East and Europe regions, anchored by two of the most versatile journalists in the Philippines, Henry Omaga-Diaz and Doris Bigornia and reported by correspondents from the two regions headed by News Bureau Chief Danny Buenafe.

Omaga – Diaz and Bigornia thank TFC for the trust they have been given them to deliver news on and for OFs. According to Omaga – Diaz, “I have been all over the Middle East and Europe to cover OFWs – from Iraq, Syria, Lebanon, Dubai to Italy, Norway and the Netherlands. Every coverage is a different experience because there is always an element of sacrifice on the part of our kababayans all for their family and loved ones. Bigornia agrees and says, “It is not an easy feat to be separated from one’s loved one. This is the reason why every news from the Philippines counts as much as the news from the regions where they are.”

ABS-CBN Global Content Head Ned Legaspi assures the worldwide audience that the two exclusive TFC programs will continue to air for a long time because of the mission they serve for OFs. “TFC’s exclusive programs ‘TFC Connect’ and ‘Balitang Global’ will continue to stay in the course of ABS-CBN’s thrust to be in the service of Filipinos, wherever they may be. On behalf of the whole ABS-CBN Global Content team, we thank you global Filipinos for continuously supporting these programs that are tailor-made for all of you! Maraming salamat mga Kapamilya!,” Legaspi added.

Catch the touching reunions and witness more surprises on “TFC Connect,” Mondays to Fridays only on TFC worldwide. Visit www.facebook.com/TFCConnectOfficial for more updates.

For more of the latest updates in the Europe and Middle East regions, do not miss “Balitang Global: Middle East-Europe Edition” every Saturday and Sunday (before TV Patrol Weekend) on TFC in the Middle East and Europe and every Monday, 1 a.m. (Manila time) via the ABS-CBN News Channel (ANC) featuring back-to-back episodes. OFs in the two regions can also catch TFC Connect and Balitang Global newscast via TFC’s online service, TFC.tv. (Story/Photo by: Somewell Aljames Gadiane) 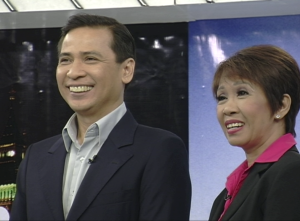 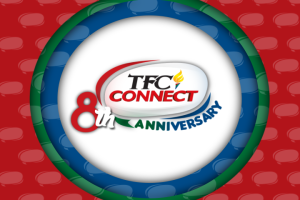 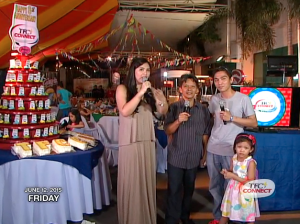 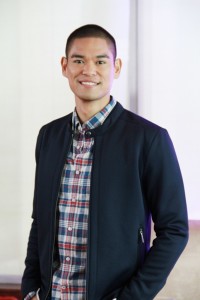 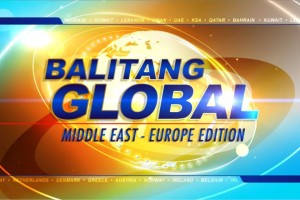