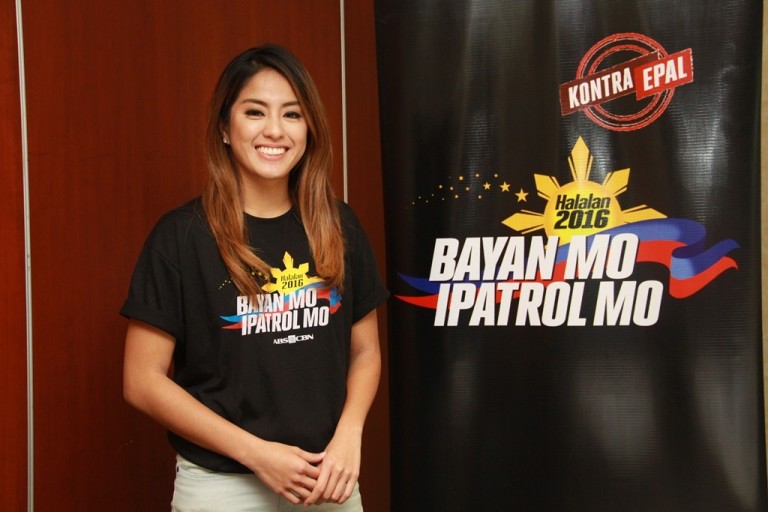 BMPM head Rowena Paraan said Gretchen was their choice to serve as the face of the movement in this year’s elections because she is a role model to the youth.

“Gretchen has always been vocal about her concern for the country and her opinion on national issues. Young people look up to her and we believe she can help us engage the youth and encourage them to be vigilant especially in a critical time for the nation, such as the election season,” Paraan said.

As BMPM ambassador, Gretchen represents a 1.4 million- strong army of Bayan Patrollers who will report about the May 2016 elections.

For more info on BMPM and how to become a Bayan Patroller, visit http://bmpm.abs-cbnnews. com/. (K. Choa)