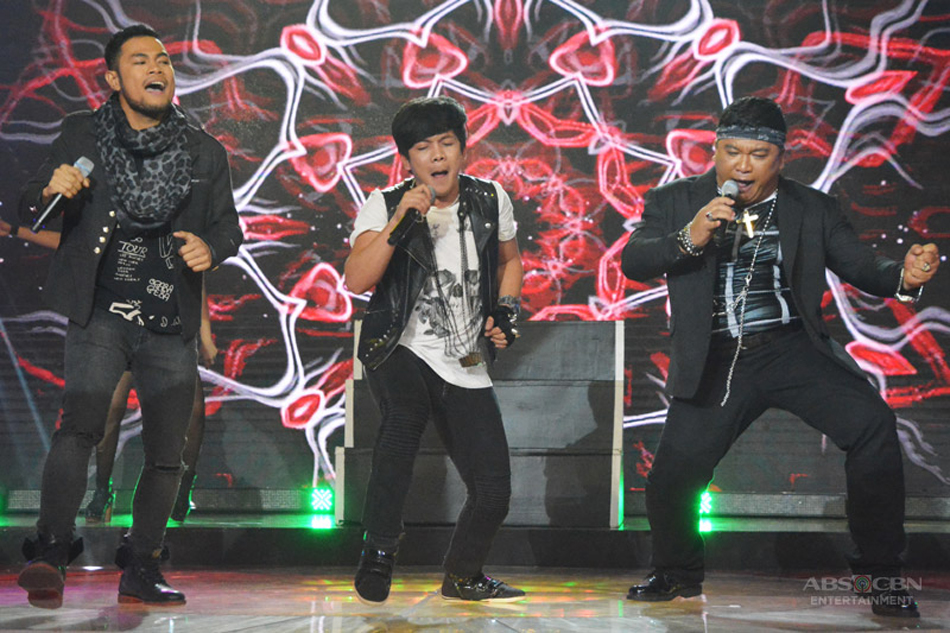 Tres KantosTres Kantos wowed the “We Love OPM” audience and mentors anew with their take on Vice Ganda’s hit song, “Whoops Kiri.” Mentored by Erik Santos and composed of Bugoy Drilon, Jovit Baldivino and Dominador Aviola, Tres Kantos received 91 “love hearts” from the viewers and Vice Ganda for their operatic version of the song.

They won P50,000, which they will donate to the Mandaluyong Children’s Choir. Hosted by Anne Curtis and Eric Nicolas, “We Love OPM” airs Saturdays after “Maalaala Mo Kaya” and Sundays after “Rated K.” (Excerpted from news.abs-cbn.com)