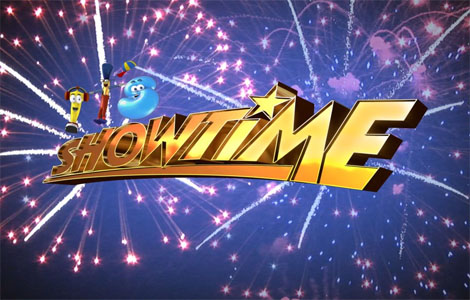 It's ShowtimeGet ready for a whole month full of surprises as “It’s Showtime” marks its seventh anniversary this October.

Brace for a showdown as the nation’s most talented singers clash in the Quarter 3 semifinals of “Tawag ng Tanghalan”: Metro Manila semifinalists Rufino Robles, Jennie Gabriel and Christopher Rodrigueza; Luzon’s Antonio Sabalza and Eumee Capile; and the Visayas’ Noven Belleza.

Meanwhile, set to grace the stage in the second week of the month are the “It’s Showtime” grand winners from “Magpasikat,” “Kalokalike,” “That’s My Tomboy,” “I Am PoGay,” “Funny One,” “Mini Me,” “Stars on 45” and other competitions in the past seven years.

In the third week of October the hosts will entertain viewers in their annual contest, “Magpasikat Week.”

Watch for the spectacular performances of Anne Curtis, Vice Ganda, Vhong Navarro, Billy Crawford, Karylle, Amy Perez, Joey Marquez, Jugs Jugueta, Teddy Corpuz, Ryan Bang, Jhong Hilario and Kim Atienza, together with Hashtags and Girltrends, as they pour their heart and skills into the “best performance of their lives.”

Solid “Showtimers” should tune in to the show in the last week of October for more surprises!

Don’t miss the monthlong celebration of “It’s Showtime” at noon from Mondays to Saturdays.