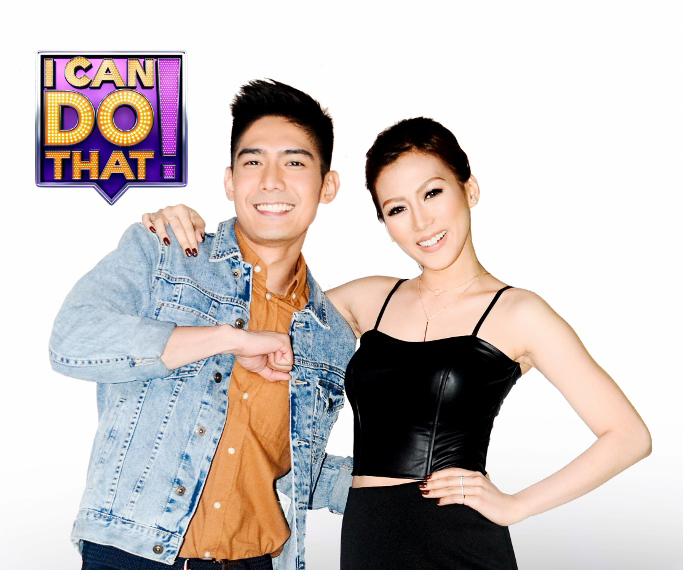 I Can Do ThatEight Kapamilya idols are out to show their grit and prove they can do anything to entertain viewers! “I Can Do That” will test the will and imagination of “I CANdidates” Cristine Reyes, Arci Muñoz, Sue Ramirez, Pokwang, JC Santos, Gab Valenciano, Wacky Kiray and Daniel Matsunaga as they perform hilarious, nerve-wracking and extraordinary feats.

“I Can Do That” was developed by Israel’s Armoza Formats, with local versions in 20 countries. Robi Domingo and Alex Gonzaga will host the Philippine version, which premieres on March 11.