‘Barcelona’​ premieres ​on​ Cinema ​One 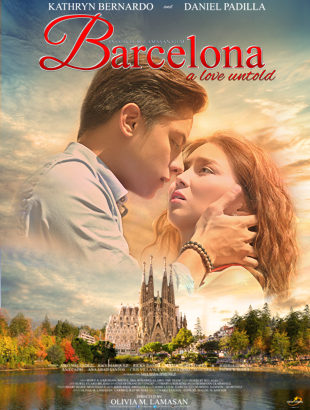 BarcelonaKathryn Bernardo rules over Cinema One in March as Choice Artist, highlighted by the TV premiere of “Barcelona: A Love Untold” on March 12 at 8 p.m.

The premiere is part of Cinema One’s Blockbuster Sundays which also features other favorites such as Mario Maurer’s “Take Me Home” (March 19) and Alex Gonzaga’s “My Rebound Girl” (March 26). On Romance Central every Sunday at 6 p.m., catch Kathryn in “She’s Dating the Gangster” on March 12, “Crazy Beautiful You” on March 19 and “Barcelona” on March 26. Also spreading love and laughter is Vice Ganda with “The Amazing Praybeyt Benjamin” on March 14, “Girl, Boy, Bakla, Tomboy” on March 21 and “Beauty and the Bestie” on March 28. Cinema One is on SKYcable Channel 56, Destiny Cable Analog 37 and Digital 57.