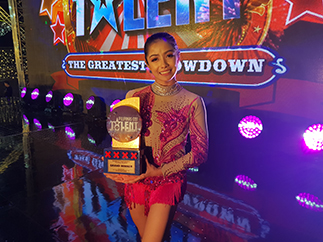 Kristel  garnered  99.67%  of  the combined viewers’ and judges’ votes and took home P2 million in cash plus a vacation package.

“Pilipinas  Got  Talent” remains one  of  the  most  successful  talent-reality   shows   on   Philippine television.  Its  sixth  season  hit  an all-time  high  national  TV  rating of 43.3% on its pilot telecast—one of the highest ratings recorded by a weekend program for 2018.

It  is  the  first  Kapamilya  show honored  with  the  YouTube  Gold Creator Award for having a million subscribers  on  the  video  sharing website. It also has a million followers on its official Facebook page.