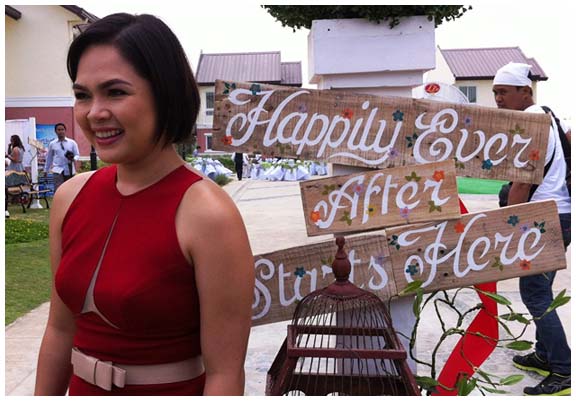 Judy Ann led the ribbon-cutting ceremony, blessing, and tour of the “I Do” Village where the participating couples will reside and their relationship be tested before facing the altar.

“This village was especially built for this show. We will give the couples challenges not to break them apart, but to strengthen their relationship so they become more mature in dealing with life,” said Judy Ann. 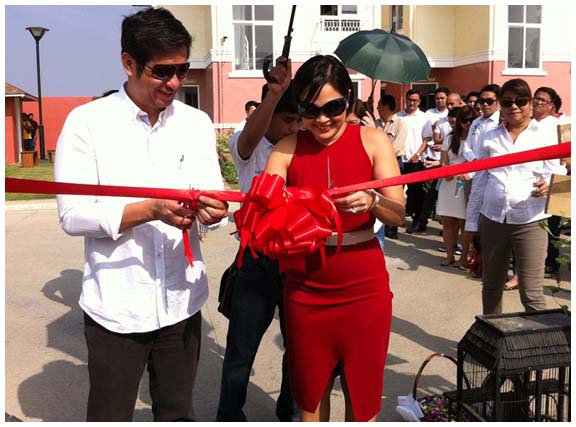 ABS-CBN TV production head Laurenti Dyogi and Judy Ann Santos-Agoncillo lead the ribbon-cutting ceremony of the 'I Do' village each other better by immersing them in possible situations they may encounter if they get married. Viewers will track their progress as cameras will record their every move 24/7.

“This is the first time I’m doing a show that’s similar to ‘Pinoy Big Brother,’ but this is ‘PBB’ times five. All issues will be tackled here – from having kids, living with the in-laws, to expenses. We hope we inspire couples and show them that marriage is an eternal vow and a commitment,” she said.

Aside from hosting the program, Judy Ann will also sit as member of the council as a homemaker, along with love and family experts who will give advice to the participating couples.

“I feel tense because I’ve only been married for five years, so my ability to give advice and share my experiences will be tested. I’m glad that I’m doing a show no one has ever done before,” shared Judy Ann.

The event at the “I Do” village was attended by ABS-CBN TV production head Laurenti Dyogi, the program’s business unit head Mercee Gonzales, and other executives from ABS-CBN’s TV entertainment division.

The reality show’s winning pair is off to a good start as husband and wife because they will be rewarded with a grand wedding, a honeymoon package, a new car, a house and lot, and P1 million.

Judy Ann has headlined several hosting projects including reality shows “Junior MasterChef Pinoy Edition” and “MasterChef Pinoy Edition,” for which she won the Best Reality Show Host award at the PMPC Star Awards for TV. Judy Ann is the current host of top-rating game show "Bet On Your Baby" that is close to her heart as a mother. (Reference: Kane Choa)