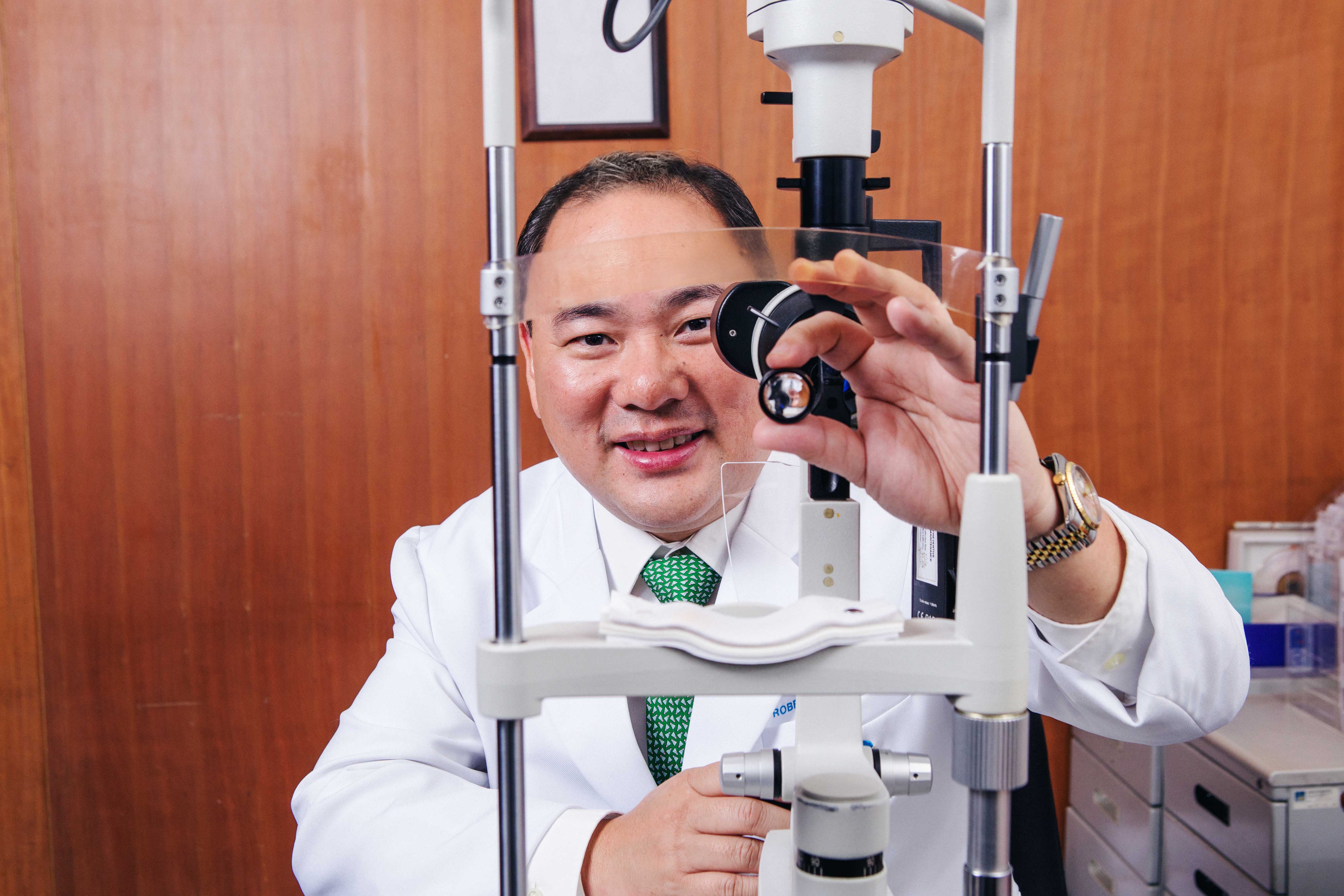 The glaucoma, cornea and refractive surgery (LASIK) and cataract specialist was voted over 13 other surgeons from Asia and the US who were challenged to share tips and techniques that can make cataract surgical cases smooth and more efficient.

Ang was named as the Best Overall Instructor after he spoke about a capsule marking technique that makes cataract surgeries easier by using a readily available and relatively inexpensive tool.

Cataract is the clouding of the natural lens of the eye. This lens is enclosed in a clear lining called lens capsule. During cataract surgery, the surgeon opens the front portion of the lens capsule to access the cataract, break it into pieces, remove it and replace it with an artificial lens called intraocular lens (IOL).

According to Ang, opening the front portion of the lens capsule is one of the three critical steps in performing cataract surgery.

“It should be consistent, appropriately-sized and centered to make sure that there is a more stable position to place the IOL and provide patients with better vision.”

Digital markers are used to guide surgeons in creating a consistently sized and round capsule opening, but these markers are expensive. Instead, Ang suggested using an optical zone marker.

“The optical zone marker is available in different sizes and can create a small temporary mark on the cornea. Since it is usually used in LASIK surgeries, it is also easily available to all eye doctors.”

Ang was part of the Asia-Pacific team of doctors that went head-to-head against a team of Americans in discussing their surgical techniques. The AsiaPacific team won in all categories, making them the Overall Best Instructor Team and beating the American home team.

Ang and his research team also enjoyed a back-to-back win when they received a Best Paper award in the same convention for their research paper, “Prospective Randomized Study Comparing Visual Outcomes of an Accommodating and Two Multifocal IOLs: 5 Year Follow-up.”

In 2016, Ang won a Best Paper award during the ASCRS for his research study, “Comparison of Visual Performance of Monocular and Binocular Implantation of a Small-Aperture IOL.”

He shares: “Doing research studies allows Asian Eye Institute to do its part in advancing the science of eye care and gives patients access to the latest cutting-edge technology.” (Story/Photos by: Charizze Henson)