Earthquake risk reduction and disaster preparedness forum: Are we ready for the Big One? 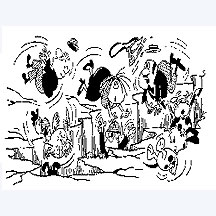 DID you know that in 1960, the Great Chilean Earthquake generated a destructive Pacificwide tsunami which reached the Philippines and reportedly claimed 24 lives?

According to Dr. Renato Solidum Jr., director of the Philippine Institute of Volcanology and Seismology (Phivolcs), it is important that “countries along the Pacific should be prepared for such events.”

After 40 years, the 8.8 magnitude earthquake in Chile in February that claimed at least 700 lives may put us again at risk. Lopez Group Foundation Inc. (LGFI) and Lopez Lifelong Wellness invited Solidum along with two other experts, Ramon Santiago, MMDA public safety consultant, and Martin Aguda Jr., ABS-CBN’s safety manager, to discuss the risks involved and what can be done to address them. This was in a forum held on March 24, 2010 at the Meralco Mini Theater.

Opening the forum was LGFI and Lifelong head Rafael M. Alunan III, who imposed the question of readiness for disasters to the Lopez Group and how important preparedness is to “reduce damage to life, limb and property.” Meanwhile, Lopez Group chairman Oscar M. Lopez (OML), in his main remarks, shared the Group’s disaster risk reduction plans, including the creation of the Group’s Safety and Security Risk Team. Solidum focused on worstcase scenarios that could happen in Metro Manila as well as the other earthquake-related hazards—ground shaking, liquefactions, ground rupture, tsunamis, landslides and fires. He also touched on the suggested areas of focus for risk reduction which include building basic capacity for relief and recovery; strengthening community preparedness; reducing vulnerability of residential buildings; and enhancing the national system’s resistance to earthquakes. Finally, he recommended strengthening every earthquake preparedness plan through continuous drills and simulation exercises.

Touching on MMDA’s emergency preparedness and response plans was Santiago, who emphasized that while the government has the resources, preparedness should start at the individual level. The government can only do its share in disaster risk reduction with a crucial role in meeting halfway with the people. Santiago also emphasized three things people could do for preparation: learn more and tell (more information on hazards, first aid, planning, etc. then sharing the knowledge); get organized and practice (meeting with the community and practicing emergency plans); and participate seriously and get committed. Aguda, the third speaker of the forum, discussed the 72- hour survival kit. The kit featured unique gadgets that are very useful especially during emergencies. He stressed that having a survival kit entails understanding the “survival triangle,” which has the following components: the will to survive (base), knowledge, training and kit (top).

SKY fundraiser can provide food relief to over 5,000 Odette survivors