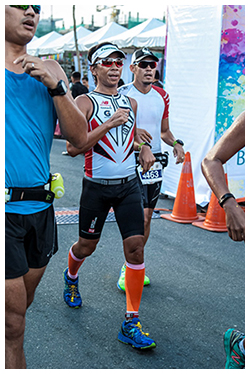 The three celebrities, who also participated in DZMM’s “Takbo Para sa Karunungan” in 2013, joined 3,050 participants at this year’s fun run at the Bonifacio Global City in Taguig for the benefit of students affected by super typhoon Yolanda and other DZMM scholars.

Matteo, however, was unable to run this year due to a knee injury but served as one of the hosts during the post-race program.

“The Biggest Loser Pinoy Edition Doubles” grand winner Bryan Castillo, meanwhile, was joined by some of his former co-contestants in leading the run’s warm-up exercises.

The event was mounted by Run Rio, headed by running coach Rio Dela Cruz, with ABS-CBN Lingkod Kapamilya Foundation as proponent, and supported by the city government of Taguig. It was filled with fun and excitement as the runners were sprinkled with colored powder and a giant inflatable slide was erected for them. 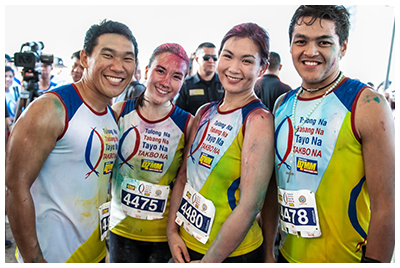 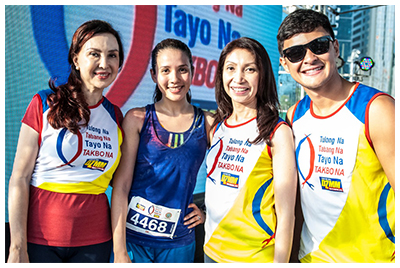