10 years of the Lopez Achievement Awards

Anticipation was in the air as the nominees, dressed to the nines or decked out in uniform shirts and jackets, waited to hear the names of the newest additions to the elite circle of LAA winners.

Lopez Holdings Corporation vice president Miguel L.Lopez led off the event with the now customary recitation of the Lopez Credo and Values.

Lopez Group chairman emeritus Oscar M. LopezThis was followed by the opening remarks by ABS-CBN chairman and CEO Eugenio L. Lopez III (EL3). EL3 defined business excellence as “the application of outstanding practices from world class organizations following a fundamental set of concepts and principles.” He cited the various ways that they applied the concept in the Communications Group: on the broadcast side with ABS-CBN, the telecoms side with Bayan and the cable side with SKYcable.

Business excellence, the ABS-CBN chief concluded,“is a value that must permeate every action that you do, large or small…It’s about staying true to your values. It is not one-size fits-all. And so for us, business excellence is and always will be service to the Filipino.”

ABS-CBN chairman Eugenio L. Lopez IIIProceeding to the awarding proper, First Philippine Holdings Corporation (FPH) vice president Benjamin R. Lopez introduced the 26 member screening committee who had whittled down 40 nominees to 14 semifinalists and the eight members of the panel of judges who determined this cycle’s LAA winners (see story on --).

In his inspirational message in the latter part of the program, Lopez Group chairman emeritus Oscar M. Lopez (OML) emphasized that the Group places a premium on excellence in its and its members’ “total attitude and behavior toward society and the environment.”

“We define our businesses to be in the service of the Filipino wherever he or she may be in the world, and we mean it,” he said.

The chairman emeritus also announced Gina Lopez as this year’s recipient of the Special Award. In recent months, the ABS-CBN Foundation Inc. managing director has been at the forefront of the 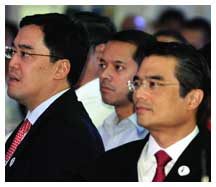 FPH chairman and CEO Federico R. Lopez (FRL), in closing out the event, commended the winners for their enthusiasm and passion for their work. This, he said, inspires the leaders of the Lopez Group to take the companies to “even greater heights. Spicing up the event with inspiring song numbers were Kapamilya talents Daddy’s Home, Sam Concepcion, Tippy Dos Santos and Vina Morales. Finally, with the 2011 cycle LAA winners revealed and saluted,it was time for everyone to exhale, enjoy the refreshments and catch up with friends.

A week before the awarding ceremony for the 2011 cycle, LopezLink sat down with the “Pied Pipers” of the recognition program to revisit the whens and whys of the LAA.

Program manager Rene Mayol distinctly recalls the Christmas party of 2001 when OML publicly broached the idea of recognizing achievers in the Group.

“OML said something like ‘Sometime next year, I want to put out an award mechanism in order to recognize those in our Group of companies who are doing their best despite and in spite of the problems we’re facing,’” Mayol said. “It was avery good start it was normal for businesses to grapple with problems, so you just do your best. And for those who are exerting their best, we recognize them in order to motivate them and in order for them tobe ‘contagious.’”

“Mr. [Oscar] Lopez felt that it was very important that we have a system of recognizing those who performed inparticular, those who overachieved and that we should do this regularly every year,” affirmed Benjamin Liboro. “We looked at what other companies were doing, locally and internationally, and then we began to evolve a proposal for a system of awards that would be based on discrete achievements above and beyond what was expected,by both individuals and teams.” 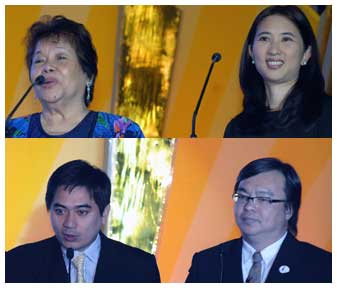 “The Lopez Achievement Awards are a feel-good type of program. It gives us on the Business Excellence team a chance to recognize exemplary work, and those who perform well a chance to enjoy themselves, enjoy recognition and admiration.”

Liboro noted that as Pied Pipers of the LAA, their job is to encourage employees to nominate their deserving peers; as well, the Business Excellence team conducts clinics to guide the employees through writing up their nominations and enlists the support of company CEOs and HRs for the nominees.

The latest LAA cycle notched a bumper crop of 40 nominations representing eight companies, the program’s highest ever. The second most productive year was in 2005, with 34 nominations from 15 companies, while the years 2006 to 2008 logged an average of 16 entries from about nine companies.

The winners typically receive a customized group trophy plus smaller trophies for the core members of the team, customized LAA jackets and a cashprize that Liboro described as modest. 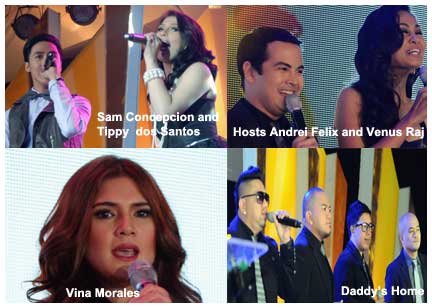 Mayol recalled being at the office of one of the winning teams when an employee strutted in wearing his special LAA winner’s jacket.

“Soon enough, the guy spotted another employee wearing an LAA jacket from a different year, and they started ribbing each other: ‘Mine is newer!’ The main thing they get out of winning the LAA is really the bragging rights. The cash prize is not the motivator, we’ve proven that. All these years, we would ask the awardees for their feedback a month or two after the ceremonies and they could barely remember what they did with the money,” Mayol laughed.

Mostly, however, the teams donate the prize money to a pet cause or contribute it towards their company’s Christmas party budget. After all, for these winners, the real prize is not material in nature.

“It’s more the idea of being recognized in front of your peers, going onstage to the applause of your fellow staff members and the other companies in the Group,” said Liboro. 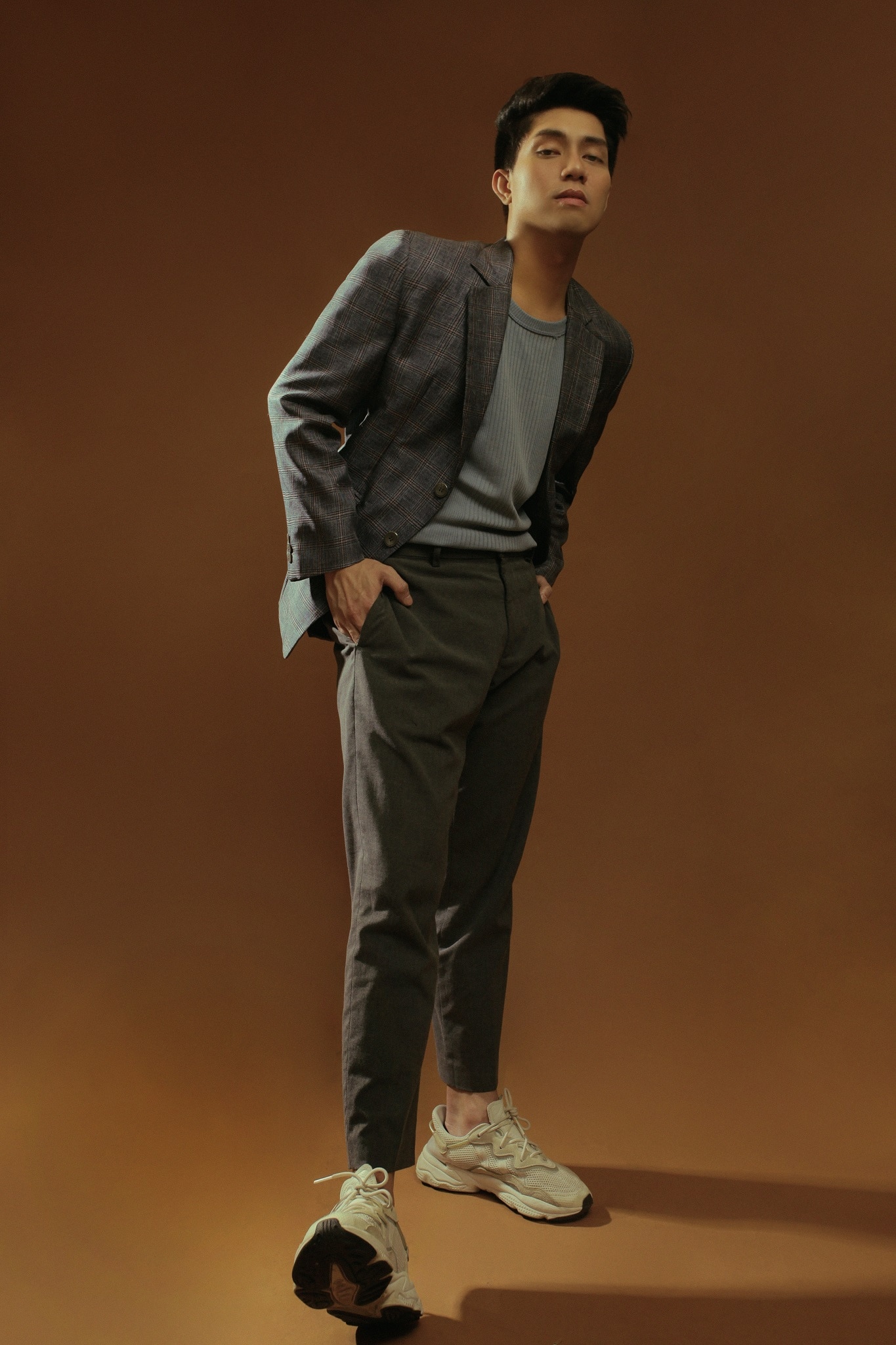 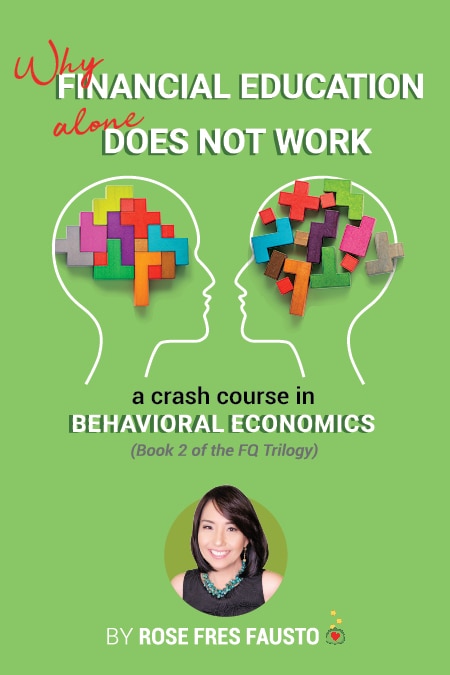