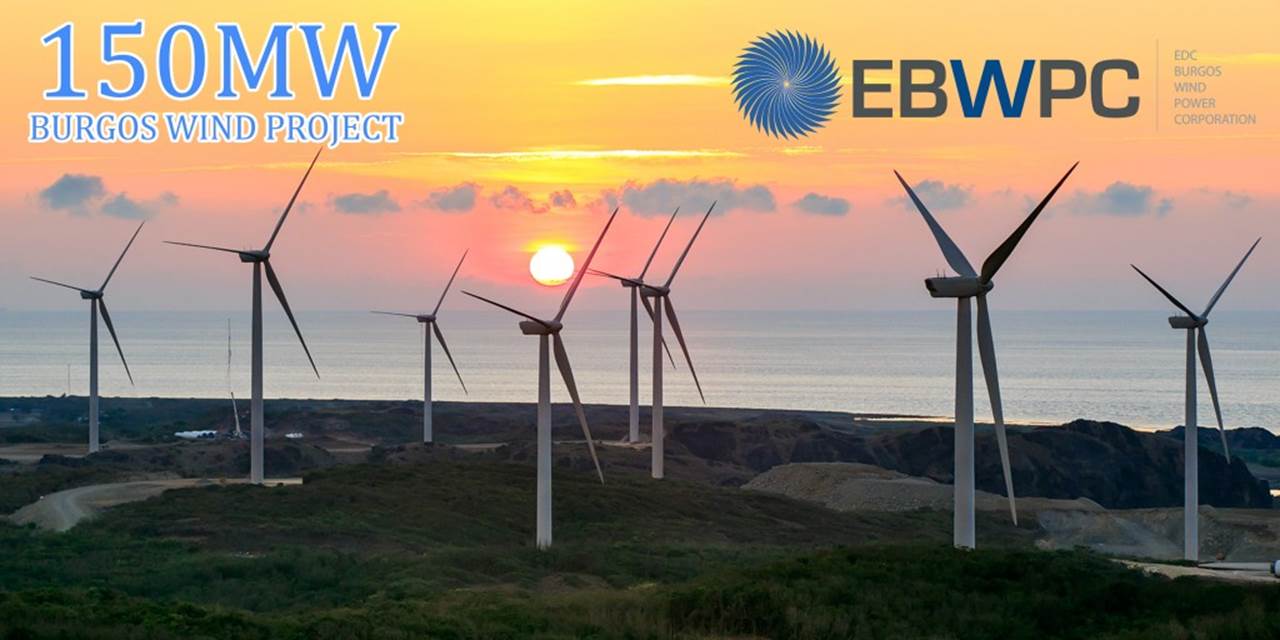 150 MW Burgos Wind ProjectOn 05 November 2014, EDC Burgos Wind Power Corporation (EBWPC), an affiliate of Energy Development Corporation (EDC), informed the Department of  Energy (DOE) that its 150 megawatts (MW) Burgos Wind Project had achieved successful commissioning. Under the DOE’s Guidelines for the Selection Process of Renewable Energy Projects Under Feed-In Tariff System and the Award of Certificate for Feed-In Tariff Eligibility, successful commissioning means that the renewable energy project “is now physically connected to the Grid” and is “delivering power to the transmission system."

The successful commissioning followed the DOE's nomination of the Project to the Energy Regulatory Commission as an eligible project under the Feed-In Tariff System, Phase 1 (87 MW) and Phase 2 (63 MW) of the Project, all having achieved the requisite 80% electro mechanical completion on 25 September 2014 and 10 October 2014. To date, the Project is the only project that has been nominated by the DOE to the ERC.

Under its guidelines, the DOE, upon verification of the successful commissioning, will issue a Certificate of Endorsement for Feed-In-Tariff Eligibility to the Energy Regulatory Commission.

As demonstration of EDC’s strong commitment to heed the government’s call in the Renewable Energy Act to invest in emerging renewable resources, EDC has invested US$450 Million in the Project and recently closed a US$315 Million financing deal with the support of EKF, Denmark’s export credit agency, and a group of leading international and local banks. The Burgos Wind Power Project is now the largest wind power project in Southeast Asia.