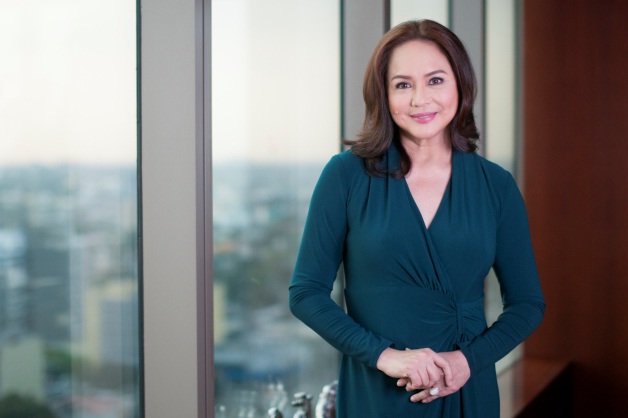 The Stevie Awards for Women in Business are the world’s top honors for female entrepreneurs, executives, employees and the organizations they run. All individuals and organizations worldwide are eligible to submit nominations – public and private, for-profit and non-profit, large and small. The 2014 awards received entries from 22 nations and territories.

“I share this recognition with my fellow Filipinos and my family at ABS-CBN, whose passion to serve Filipinos around the world and provide help to those in need makes me so grateful and proud to lead a company that puts public service at the heart of its business,” Santos-Concio said.

Nicknamed the Stevies for the Greek word for “crowned,” the awards were presented to winners during a dinner event attended by more than 400 people at the Marriott Marquis Hotel in New York City.

Santos-Concio was cited by the award-giving body for the achievements of ABS-CBN last year under her leadership, such as its continued reign in TV ratings, increase in company revenues, Star Cinema movies’ box-office sales, ABS-CBN’s high credit rating for its P10 billion bond offering, groundbreaking business ventures such as ABS-CBNmobile, theme park Kidzania Manila, and  TV home shopping channel O Shopping, and public service initiatives for the victims of Bohol quake, Zamboanga siege, and typhoon Yolanda, and the success of its 60th anniversary celebration. 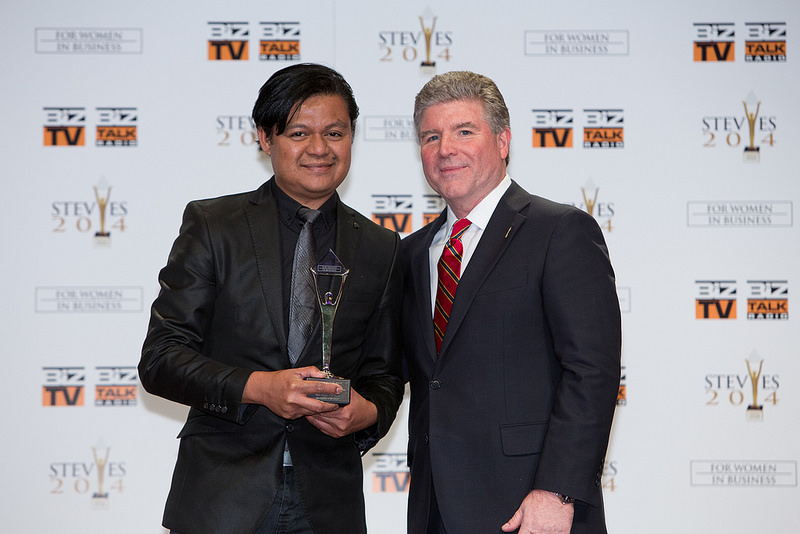 ABS-CBN North America Bureau correspondent Don Tagala receives the Gold Stevie Award for ABS-CBN president CEO Charo Santos-Concio at the 2014 Stevie Awards for Women in BusinessStevie Award winners were selected by more than 160 executives worldwide who participated in the judging process this year.