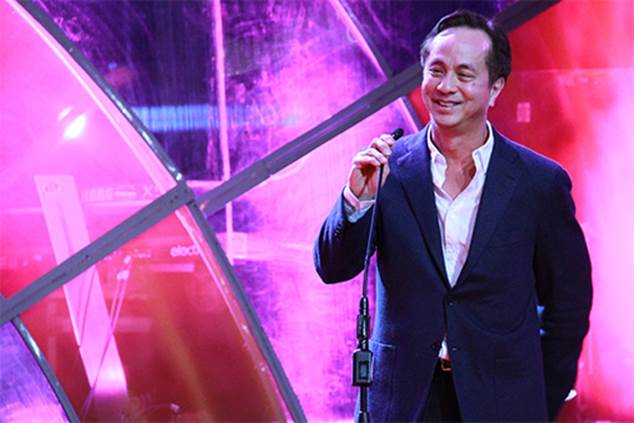 “ABS-CBN is really the recipient of this award. Since the Araw Values Awards was conceived in 2000, we have been offering it our utmost support as we both know that our institutions’ respective mission and vision statements are aligned with promulgating the importance of Filipino values,” said Lopez in his acceptance speech.

For more than a decade now, ABS-CBN has been the home of the Araw Values Advertising Awards, and Lopez has been a firm believer of the award-giving body’s aim to promote good Filipino values.

Apart from Lopez’s recognition, ABS-CBN also reaped five awards this year -- two Bronze and three Silver awards, four of which are under Advocacy Communications and one under Branded Communications.

ABS-CBN News’ TV Commercial “Tumayo Para sa Bayan” won both a Silver and a Bronze in the categories for Respect for Laws and Authority and Promotion of Self Disciplineand Love of Country and Respect for National Customs, respectively, while the “Buong Puwersa, Buong Bayan” campaign earned a Bronze and “Agosto 21 Documentary: Salamin” bagged a Silver in the Commitment to Truth, Honesty and Integrity category.

Meanwhile, ABS-CBN’s “Tulong Na, Tabang Na, Tayo Na,” a campaign launched just after the onslaught of Typhoon Yolanda received the Silver award in the Love of Country and Respect for National Customs and Traditions category.

During the main event, ABS-CBN president and CEO Charo Santos-Concio shared in her opening remarks that she is very proud to be part of this community—a community where competitors unite for worthy causes. “There are so many things to be done, so many more children to feed, more rivers to clean, more calamity-stricken areas to rebuild, more sick people to heal, more families to strengthen, and more corruption to expose and eliminate. May God always guide us to use the gift of creativity and the power of media that He has entrusted to us,” she added. Gracing the night with beautiful performances were Tres Marias, Jovit Baldivino, Itchyworms, Radioactive Sago Project, Jett Pangan, Raymund Marasigan, Maxene Magalona, Boboy Garovillo, Chacha Cañete, Darlene of the Voice Kids, Erik Santos, Maris Racal of PBB All-in, Nicole Asencio, Quest, Bassilyo with Crazymix, and KZ Tandingan. The event was hosted by Xian Lim and Iza Calzado.

The Araw Values Advertising Awards stands unique among the other recognition-giving bodies as it gives importance to the values that an ad campaign communicates, particularly the seven Araw Cornerstone Values. The awards night will be aired on December 7 in ABS-CBN. (Story by Cet Calleja, ABS-CBN Corp Comm)