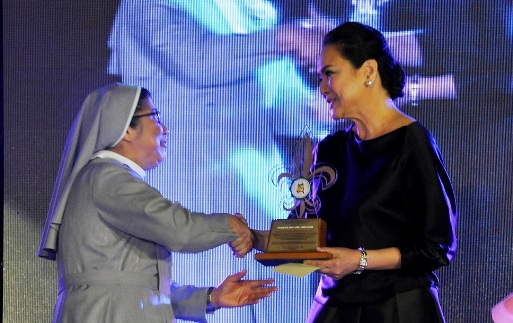 According to St. Paul University Manila president Sister Ma. Evangeline Anastacio, Santos-Concio was cited for her outstanding achievements in the field of television and unwavering loyalty to her alma mater. 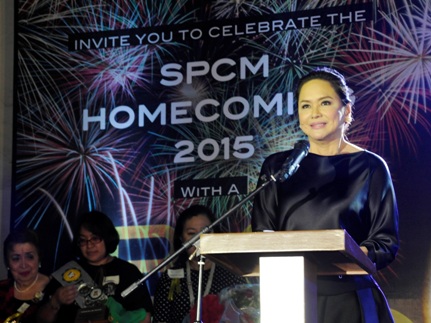 ABS-CBN president and CEO Charo Santos-Concio personally receives her Fleur-de-lis Award at St Paul University ManilaSantos-Concio said her love for and fascination with media started even when she was a young girl. And while studying at St. Paul, she worked part-time as a voice talent and a host of a noontime show at a radio station.

"My passion to get into the media industry never died. I realized that I could actually serve my country through media," said Santos-Concio. "At ABS-CBN, I’m doing what I love to do and have always wanted to do, which is to tell stories that inspire, inform, and empower people. And this award means so much to me because more than anything, it is an affirmation that I have had success by simply doing what I love.”

Prior to her Fleur-de-lis Award, Santos-Concio bagged three international honors in 2014 for her outstanding leadership and accomplishments as the president and CEO of the country's largest multimedia conglomerate. 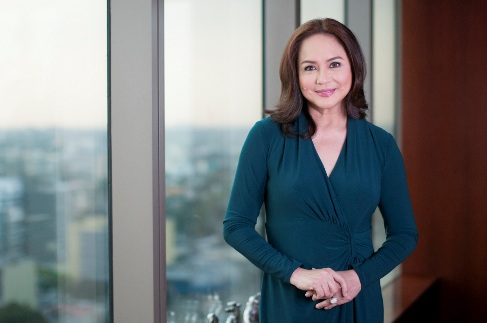 ABS-CBN President and CEO Charo Santos-ConcioSantos-Concio, who completed an Advanced Management Program at the Harvard University, was appointed CEO in January 2013. Prior to this, she was ABS-CBN’s president and chief operating officer since 2008. She was previously the head of Channel 2 Mega Manila Management.

Onscreen, Santos-Concio hosts ABS-CBN Channel 2’s longest-running drama anthology "Maalaala Mo Kaya." She began her career in the company as a television production consultant in 1987 after working as a line producer for BanCom, Audiovision, Vanguard Films, Regal Films, and Vision Exponents. She also worked as a film production manager for the Experimental Cinema of the Philippines. (Story/Photos by: Kane Errol Choa)