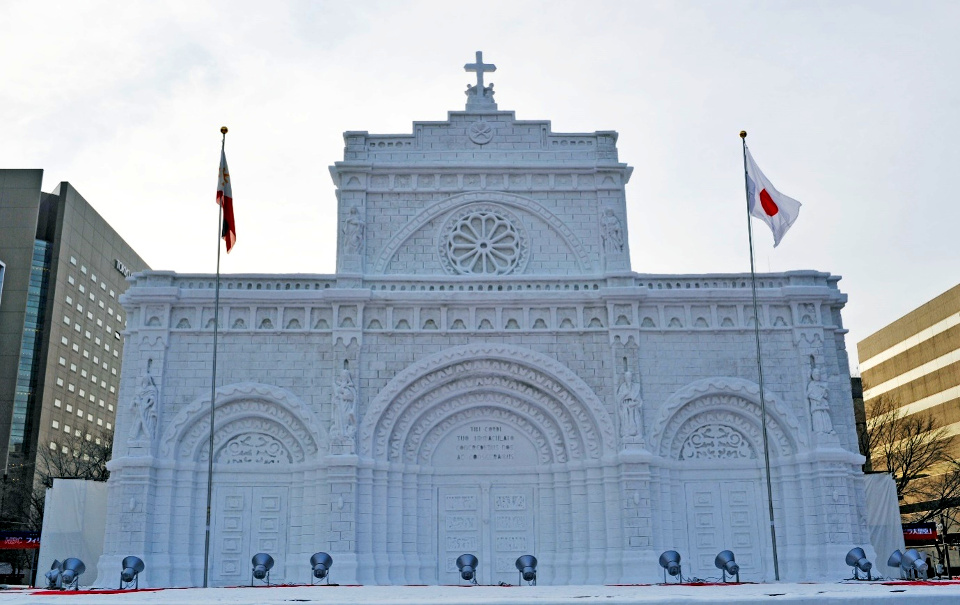 Snow replica of the historical Manila CathedralThe snow-sculptured Manila Cathedral was a main feature of the 66thSapporo Snow Festival. It stands tall and “majestic” at the stage of HBC Philippine Square. The country’s participation in one of Japan’s largest and most celebrated snow festivals is a part of the Philippine Department of Tourism’s endeavor to attract more Japanese tourists during the “Visit the Philippines Year 2015.” This is in collaboration with Hokkaido Broadcasting Co.,Ltd (HBC), the Philippine Tourism Promotions Board and the Philippine Embassy in Japan.

During the HBC Philippine Square’s turn-over and opening ceremony, Sapporo City Mayor Fumio Ueda mentioned the reason why the Manila Cathedral was chosen as the featured edifice. According to him, the 400-year old historical structure had withstood both the test of time and the calamities brought about by natural and man-made catastrophes. Its resilience symbolizes the resilience of the Filipino people. 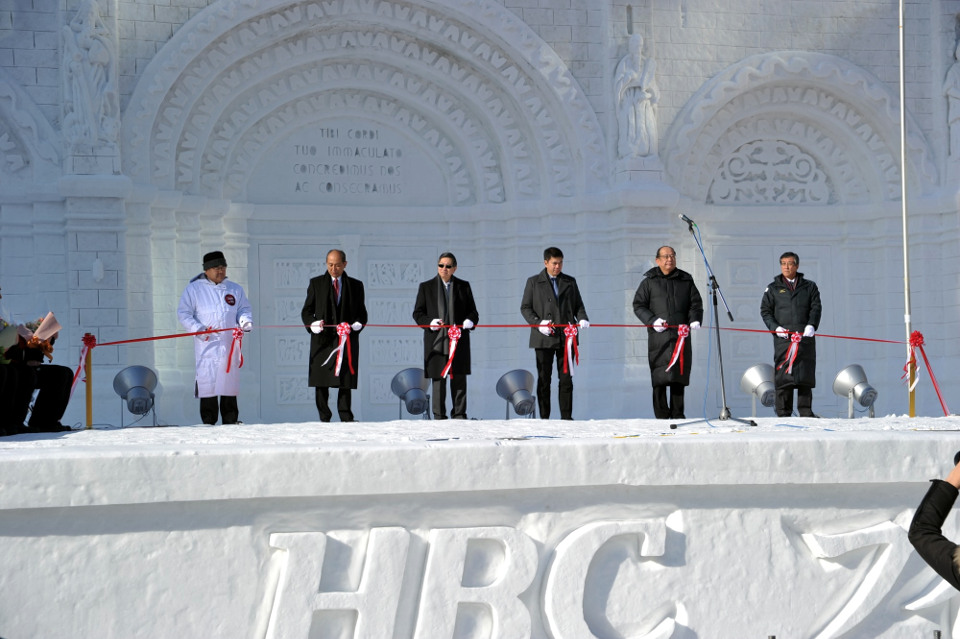 DOT Undersecretary Benito C. Bengzon, Jr. brought the good news in the form of Secretary Ramon Jimenez’s message thanking the organizers in giving the Philippines the opportunity to showcase the iconic Manila Cathedral in one of the best known festivals in Japan.

The Philippine booth in the HBC Philippine Square brought warmth and color to the festival. It offered Filipino culinary specialties (e.g. adobo, sisig) together with our famous Philippine beer. Philippine coffee was also served.
There was also a large monitor screen showing the latest “Visit the Philippines Year” (VPY) promotional videos. 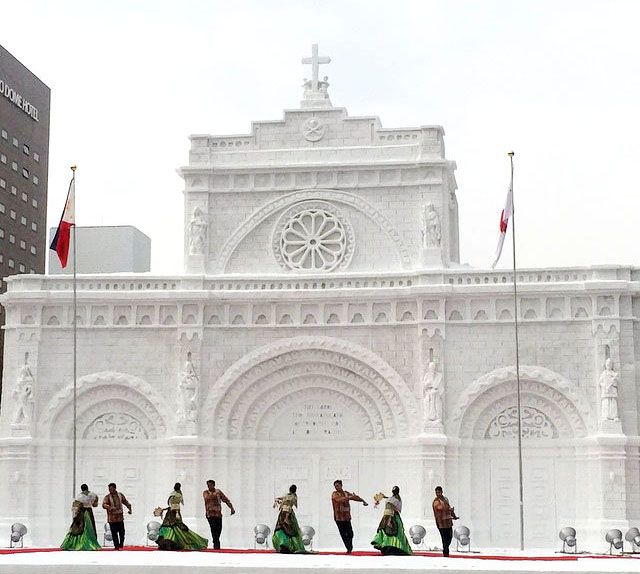 Philippines Participates in the 66th Sapporo Snow FestivalAnother attraction is a photo booth where the visitors could take their pictures with the white-sand beach of Boracay as the background. Those who posted their pictures in facebook received a special gift-VPY pouches with disposable heat pads (kairo).

The Philippine Department of Tourism and the Philippine Tourism Promotions Board also organized a seminar to update the travel industry in Hokkaido regarding the latest tourist developments in the Philippines including the increase in the direct flights from Japan to the country and the growth in the number of deluxe hotels in major tourist destinations.

A Philippine night was also hosted by PDOT and PTPB. Philippine Ambassador to Japan Manuel Lopez gave the welcome remarks expressing his appreciation to Sapporo City and HBC for featuring the Philippines.

Hokkaido Prefectural Government’s Director General for Transportation Policy Planning Mr. Masahiro Echizen graced the Philippine Night.
Japan remains to be the third largest source of foreign tourists to the country. The number of travelers from Japan has been continuing to grow since 2010. The past year 2014 was a record-breaking year for the Japanese market, reaching an all-time high of more than 463,000 tourists. The months of February (40,223), March (44,568) and August (51,815) also recorded unprecedented growth.
According to the Philippine Department of Tourism Tokyo Attaché Valentino Cabansag, “various strategic promotional activities are lined up to dovetail the year-long calendar of exciting and fun events for the Visit the Philippines Year. We believe that we will breach the 500,000 threshold of Japanese arrivals to the Philippines in 2015, thus, making the Philippines a major tourist destination for Japanese outbound travelers. (Source; http://tokyo.philembassy.net/02events/philippines-participates-in-the-66th-sapporo-snow-festival/#nav-cat) 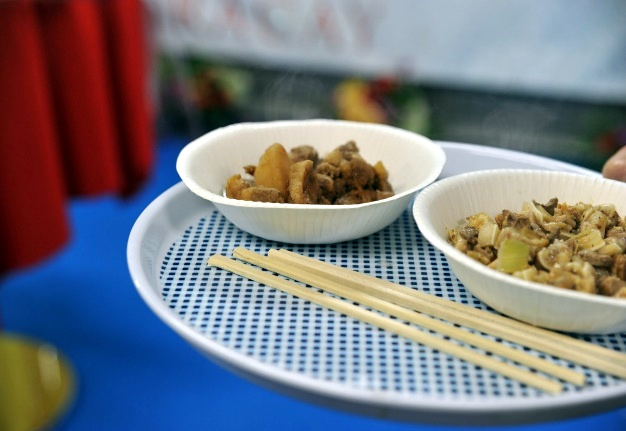 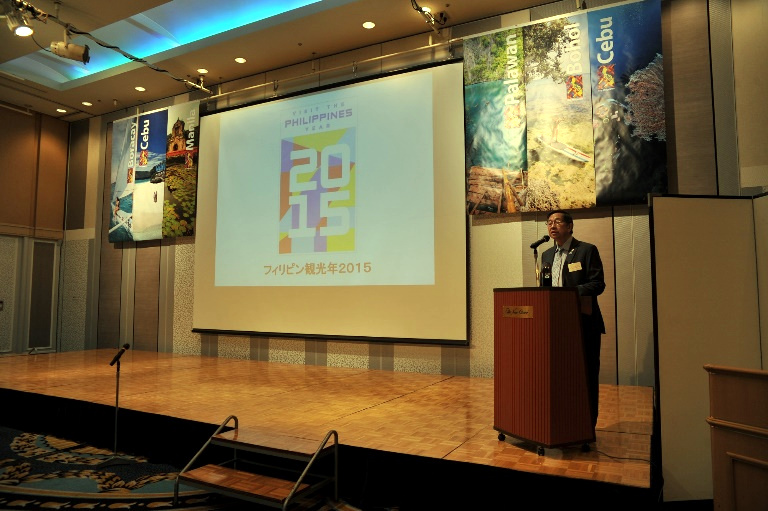 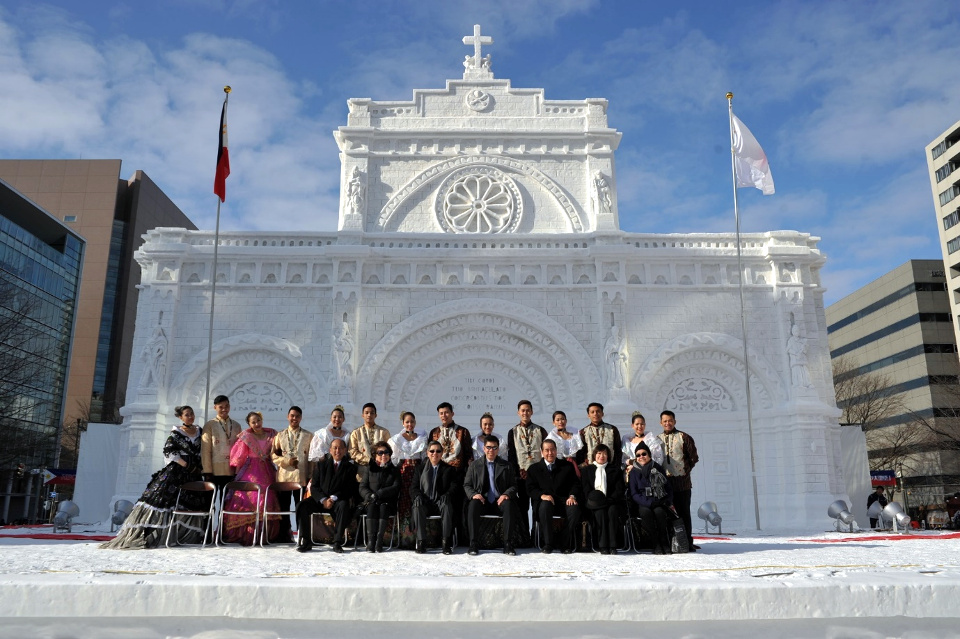 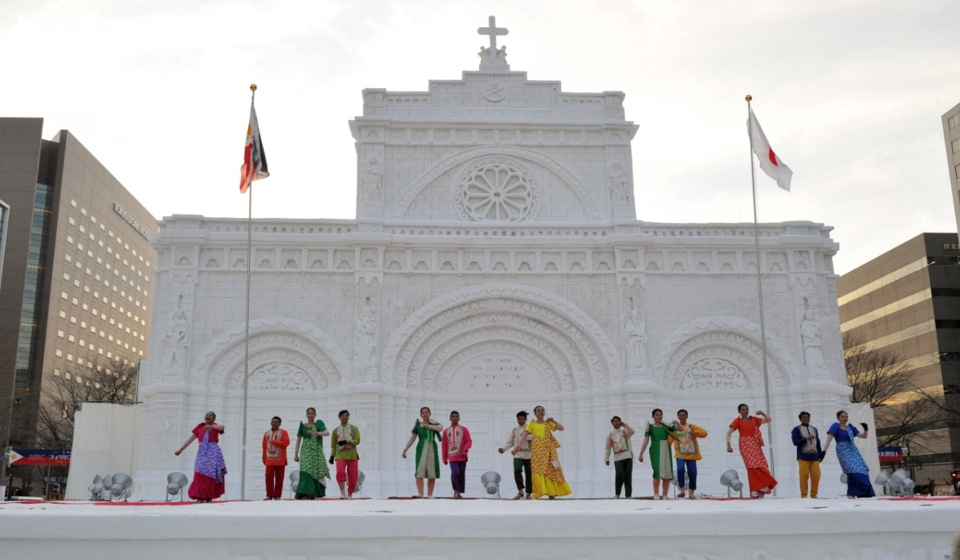