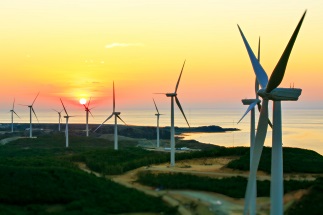 The Department of Energy has approved EDC’s solar power projects, in Murcia, Negros Occidental and Pres. Roxas, North Cotabato, which are now in the predevelopment stage.

For the third approved project, in Bago, Negros Occidental, EDC still needs to submit additional requirements related to its declaration of commerciality and compliance with the milestone approach.

The company is looking to add some 100 megawatts (MW) to 150 megawatts to its solar power portfolio in the medium term, officials said.

This, even as Philippine players are faced with more challenges, such as the P8.69/ kilowatt feed in tariff rate, compared to their counterparts in other countries.

“…We have to factor in things that the others do not. For example we have so much tax and we need to build our own transmission lines,” EDC president Richard Tantoco said. “In other projects in Chile, when they are built it’s the government that builds to them and the cost of land acquisition is different.

EDC currently has a 4.1- MW solar project in Ilocos Norte in addition to its 150- MW Burgos wind project which has “one of the best solar and wind resources,” according to vice president for corporate finance Erwin Avante.

Avante added that for EDC, the challenge in solar expansion lies in finding the “perfect formula” of high irradiance, a good site close to a transmission line and cheap land.

“The panels more or less will give you the same level of efficiency, so I think the battle now is where we can harvest more solar resources,” he said.