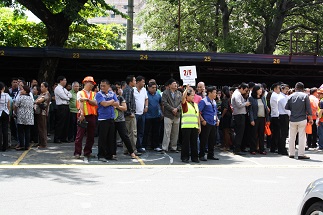 A siren signaled the start of the exercise at 10:30 a.m. and all the lights were turned off.

The employees performed the Drop-Cover-Hold position for 45 seconds and once the siren stopped, evacuation followed. Guided by evacuation marshals, they then calmly proceeded to the open basketball court in the parking area via the emergency exits.

The safety officer of each office conducted a headcount, after which a “sweeper” checked that the building had been completely evacuated. The head of the evacuation team reported to the incident commander (IC) that all the employees were accounted for.

After 30 minutes, First Philippine Realty Corporation president Oscar R. Lopez Jr., the IC, announced that it was safe to reenter the building. The tenants returned to their offices per floor.

About 300 people, including first responders, fire fighters and “casualties,” took part in the nighttime exercise. 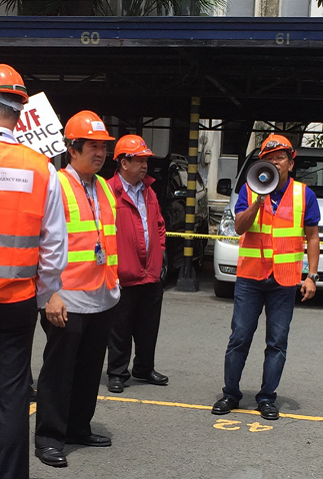 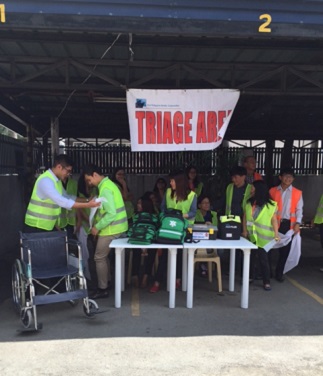 The medical unit stands by for “casualties” 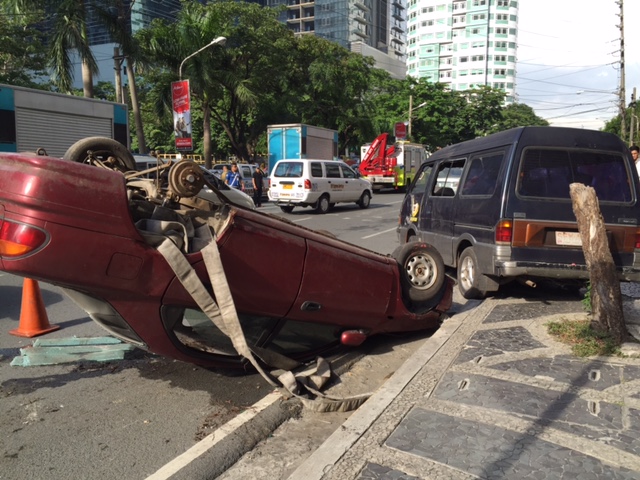