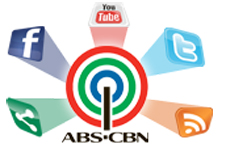 ABS-CBNThe Kapamilya network again won the nationwide TV ratings leadership based on the survey of Kantar Media for March, while it also continued to enjoy great viewership of its programs on the internet via its iWantv video streaming website.

The network had the most TV households tuned in March after garnering an average audience share of 44% from combined urban and rural homes vs. GMA 7’s 35%.

ABS-CBN stands mighty in the prime time block after hitting an average audience share of 49% compared to 33% of GMA 7.

ABS-CBN programs are also being watched on the internet. The pioneering video on-demand and live streaming website iWantv had a grand total of 34.42 million views across all programs of ABSCBN led by “Dolce Amore” with 6.89 million page views, “FPJ’s Ang Probinsyano” with 5.20 million page views and the most-watched daytime program “Be My Lady” with 2.11 million views.