AMML (seated, 5th from left) joins the graduating cadets for a photo with embassy officials and other PMA cadets currently taking the undergraduate program at the NDAAmbassador Manuel M. Lopez (AMML) led the ceremonies at the Philippine Embassy in Tokyo for the graduation of two Philippine Military Academy (PMA) cadets who finished their undergraduate studies at the National Defense Academy of Japan (NDA).

The undergraduate program of the NDA is part of the cooperation activities being undertaken by the Philippines and Japan. Since 1997, five cadetofficers from the PMA have graduated from the NDA under the international exchange program. (Excerpted from http://tokyo.philembassy.net) 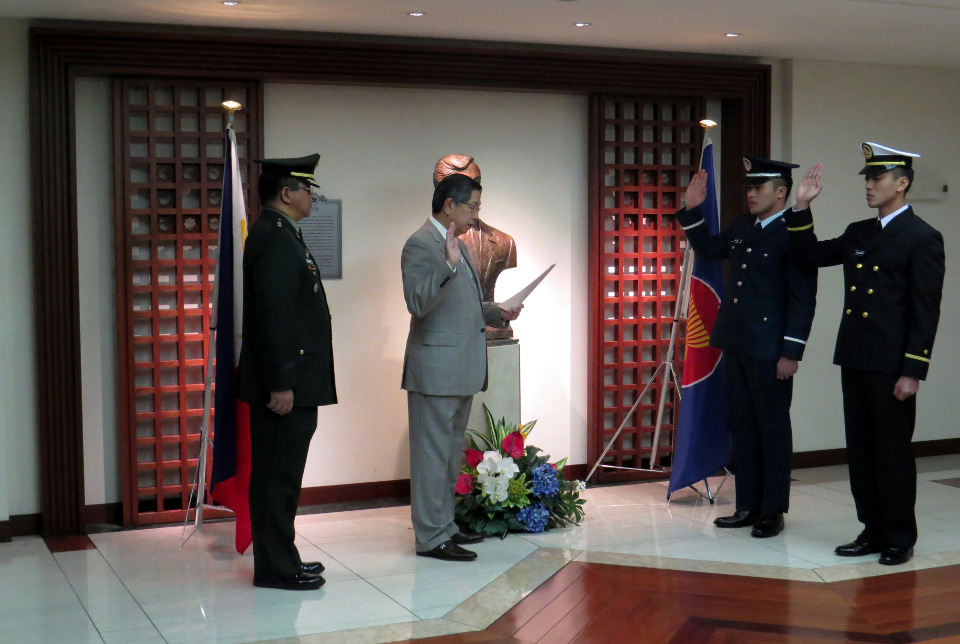