The relevance of our values 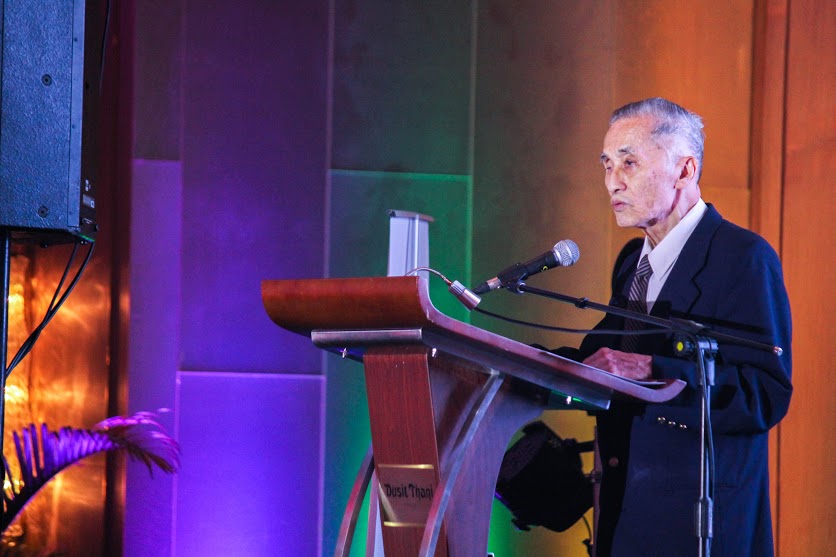 The Lopez Group of Companies, such as it is today, was first established on June 12, 1928 as a dual proprietorship by my father Eugenio Lopez Sr. and his brother, former Philippine Vice President Fernando Lopez. It was called E & F Lopez Inc. Particularly after the Second World War, my father largely took charge of business affairs while my uncle dedicated his life to public service. The Lopez Group of Companies today pertain to the Eugenio Lopez Sr. side of the family.

My father was never reluctant to pioneer in businesses that had previously been reserved for the colonial masters, such as air transport and power generation and distribution. There were a number of things he was very particular about. He believed that the foremost objective of his businesses was to serve the public good, and the Lopez companies today continue to ascribe to the motto “In service of the Filipino people.” He was also averse to borrowing from government institutions.

For our purposes today, I suppose it helps that my father was quite influential and charismatic, because many of his letters, memoranda and speeches have been recorded and preserved. Through them, we have a window into the principles he valued and stood for. Let me cite a few from speeches he made on various occasions at Meralco, and I quote:

“…We believe that the growth of a company should run parallel with the progress of the community, and we further believe that part of the earnings of a corporation should be returned to the public in the form of charity, civic projects, and community service, and that a company that fails to do this does not deserve public support.”

“The company must make profits, yes. But a good portion of this must be returned to the public… A company cannot be called progressive if it accumulates only profits, with utter disregard to its moral and social obligations to the public and its employees. A company of that kind cannot and should not deserve the support of the public.”

Finally: “We maintain that in case of doubt in a controversy arising between labor and management, this doubt must always be resolved in favor of labor. We further maintain that human values are above and far superior to material values … The company that is prosperous and rich while labor lives in misery has neither the right to exist nor the right to claim public support.”

Not too long ago, we distilled our collective memories of my father’s lifetime as founder and leader of the Lopez Group into a statement of the Lopez Values…

We may well ask: are the values we inherited from my father still relevant today? I would argue that they are every bit as relevant today as they were in the fifties and sixties. Perhaps more so, as we safeguard the freedoms we lost during the martial law period and regained after the EDSA revolution, and as we strive to bring the Philippines into the global economic mainstream.

What you have to understand is that the businesses that we returned to after the end of martial law, after they had been taken from us by the dictatorship, were like the rubble of Intramuros after the Second World War. Worse than that, my father died in San Francisco in 1975 mainly as a result of the harassment given him by the Marcos regime to give up his properties during that martial law years. My brother Geny was imprisoned for more than five years and used as a hostage until he made his escape together with Senator Serge Osmeña and they flew to the US and all of us children were robbed of close to 15 of our most productive years by the martial law era. These businesses were in terrible shape and many were virtually bankrupt. It wasn’t as if they were restored to us in good condition. Worse, we had to fight to regain ownership and control, from the government, from creditors and from the usurpers including up to now. We had to rebuild. So things were very much like they were during my father’s prime before martial law, and we had to fall back on the same values and principles to carry us through. Some things did not change. Less than 10 years ago, we fought a losing battle to protect our ownership control of Meralco against a presidency determined to take revenge on us because ABS-CBN had revealed for all the world to see how they had stolen the presidential elections. So you see, even today in this period of plenty and optimism, the barbarians are always at the gate.

Do we attribute specific interpretations to our corporate values today that are different from those during my father’s era? I would say interpretations, not so much, but points of emphasis, certainly. For example, today, environmental consciousness and responsibility are much more a part of business excellence as is good and transparent governance.

And so we come to the question—what happens to the values moving forward? I believe that part of what makes the DNA of the Lopez companies is the DNA of the Lopez family. For as long as there are qualified Lopez family members who can serve as leaders of our businesses, then there will be a sense of constancy and continuity in our values. Note that I emphasize the word qualified. For to be qualified to lead our major businesses, a person would have to have the talent, the vision, the discipline, the education, the training and preparation, the experience. The talent, you have to be born with. Everything else, you need to work hard to develop and acquire.