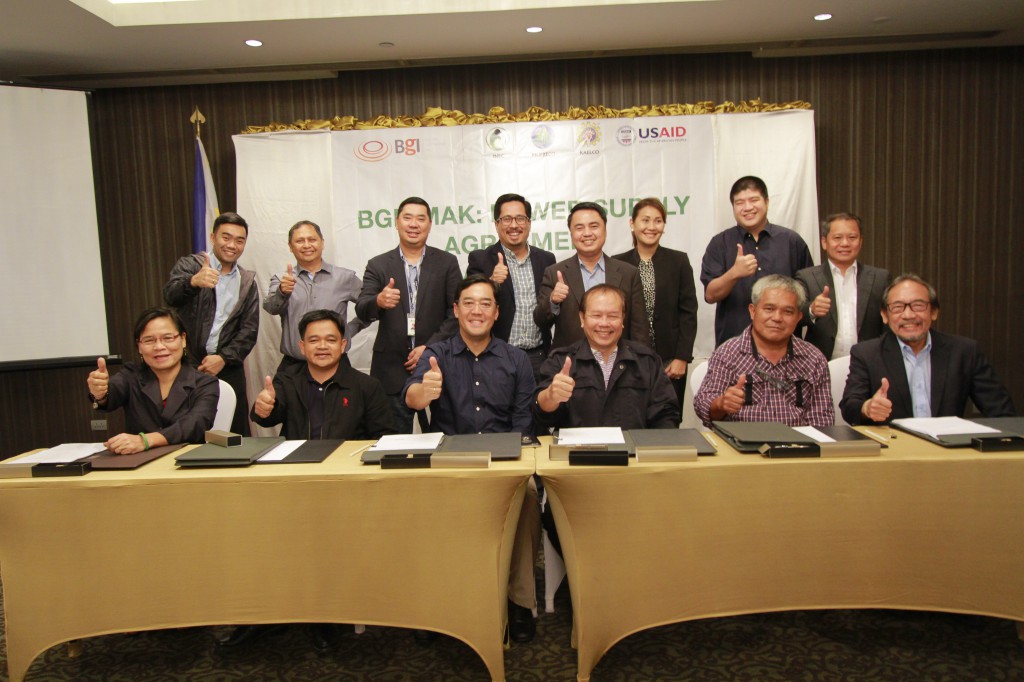 EDC executives led by president Ricky Tantoco (seated, 3rd from left) and officials of the three co-ops during the ceremonial signing of the PSAEnergy Development Corporation (EDC) signed a power supply agreement with Ilocos Norte Electric Cooperative (INEC), Mountain Province Electric Cooperative and Kalinga-Apayao Electric Cooperative. EDC will be supplying up to 53 megawatts of clean, reliable and uninterruptible power to the three electric cooperatives starting December 26, 2016 until December 25, 2018.

“EDC is working hard to move the renewable energy agenda forward. We are thankful that more and more customers are giving RE a chance and share our goal of building a low-carbon world through clean energy. As we help improve electricity supply in the region, we also support the region’s goal of economic growth and competitiveness,” EDC president and COO Richard Tantoco said.

“Our 236,000 consumers in our franchise areas will benefit from sustainable and reliable power. With baseload power, our region’s economic growth and competitiveness will further improve. We are happy with this deal and look forward to a longer partnership with EDC,” INEC board president Reynaldo Lazo added.