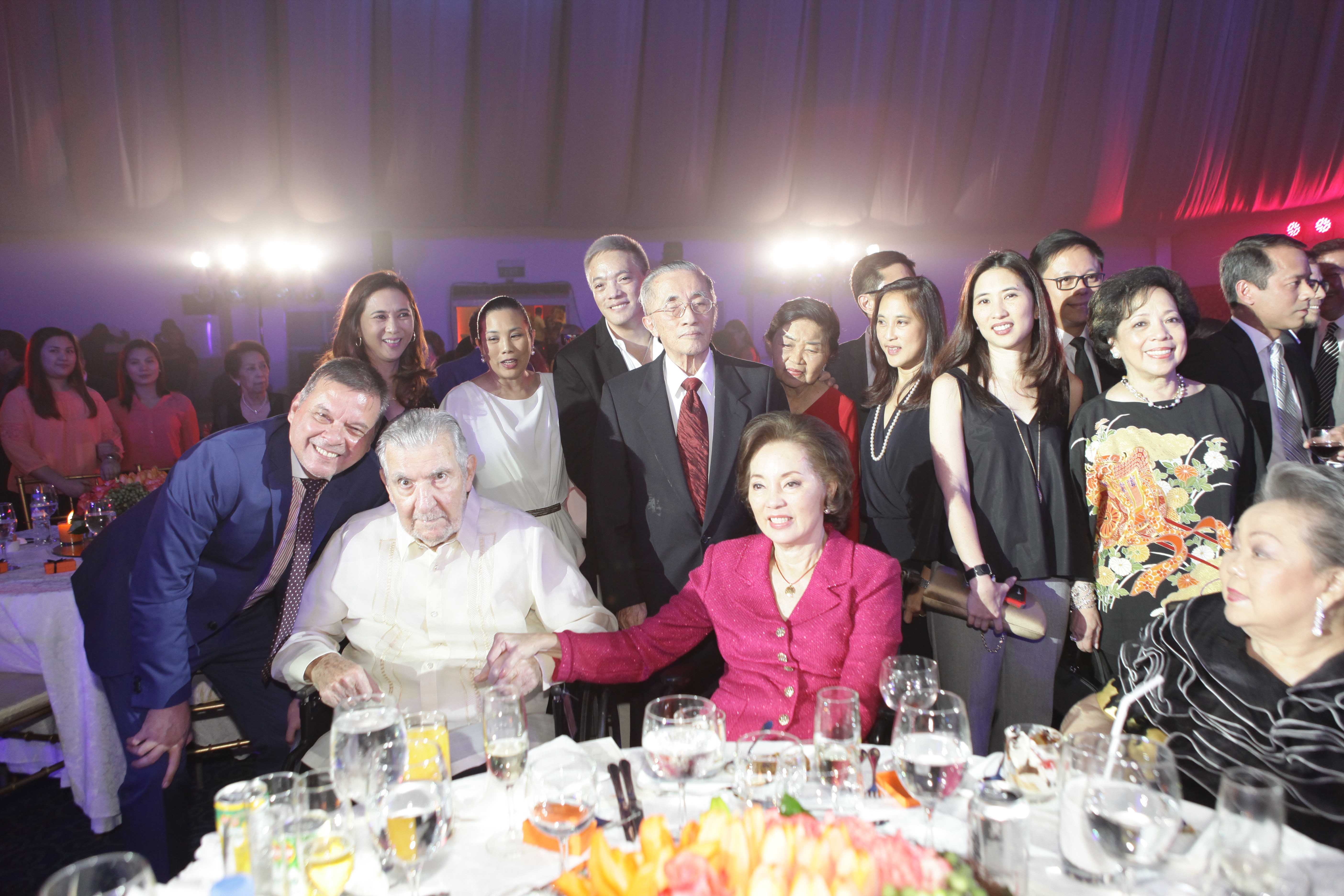 Her godfather was President Manuel L. Quezon and her godmother was Aurora Recto, wife of nationalist Claro M. Recto. She went to school in Assumption Convent in Iloilo, where she grew up as a wellbehaved and soft-spoken child. However, when she felt herself to be in the right, she showed a strength of will that could match her father’s.

She took a Bachelor of Arts course in St. Scholastica’s College (1952-1953) and got married in 1955 to Lauro Panganiban Jr. with whom she had one son, Lauro Eugenio L. Panganiban, or Rogy. That marriage ended in separation after 10 years and in 1965, Presy moved back with her parents, along with Rogy.

In 1967, Presy went into business with three partners. They started Sierra Tours as an international ticketing operator and customized international and domestic tour organizer. At about the same time, she was in the process of having her marriage annulled.

In the summer of 1968, Presy accompanied her father on a business trip to Japan. Among the executives on that trip was Steve E. Psinakis, a Greek-American who was the top engineer in Meralco. Steve was newly divorced and his ex-wife had gone back to the United States with the older of their two sons, Lee Psinakis. The younger one, Yuri, was left with Steve in Manila.

Presy and Steve had known each other since 1962, because Steve started working in Meralco shortly after Don Eñing organized the consortium that would buy it from its original owner, General Public Utilities of New York. They met at parties but never really looked at each other romantically.

However, on that Japan trip in 1968, they began viewing each other differently. They began dating soon after. Don Eñing did not approve as he preferred for Presy to choose from among her many bachelor-suitors. But Steve and Presy were very much in love, and their love would conquer all. When Don Eñing threatened to disown Presy, Steve became even happier because then it would prove that he wasn’t interested in the Lopez wealth at all. He only wanted Presy.

In January 1969, Steve resigned from Meralco and went to Athens, Greece. In May of the same year, against the wishes of her father, Presy followed Steve together with her son Rogy. Steve set up a business supplying Filipino seamen to Greek shipping companies. Presy opened an oriental boutique bearing her name, Presentacion. The boutique dealt in handicrafts, some jewelry and antiques from the Philippines, Thailand, Hong Kong and Japan.

Presy adjusted quickly to life in Greece. She learned that she could let go of material wealth and still be fine. Don Eñing gradually realized that his daughter was happy.

In late July 1972, Don Eñing and Doña Nitang visited Athens. The Psinakis couple met them at the airport. Presy kissed her father and Steve shook his hand. And with that, they were reconciled, ending years of estrangement.

In 1973, Steve and Presy moved permanently to San Francisco to be with Presy’s parents, who lived as exiles after the declaration of Martial Law. The Psinakis couple became very active in the antiMarcos opposition in the US. They were particularly effective at publicizing the corruption and human rights violations that were endemic under the Martial Law regime.

When Don Eñing passed away in 1975, only Doña Nitang and their youngest child, Roby, returned to the Philippines with his remains. Marcos would give no assurances that Steve and Presy would not be harassed nor arrested, and so they stayed in America. Steve would play an important role in the escape of Presy’s brother Geny from military prison in 1977. After the escape, Geny would join Steve and Presy in helping the Movement for a Free Philippines or MFP, founded by Raul Manglapus, and later, the Ninoy Aquino Movement or NAM. Steve would be meeting with US congressmen and senators or organizing MFP chapters. Presy would go with him as often as possible, while at the same time running a household with three growing children.

Steve and Presy had two children: Michael, born in 1971; and Jenny, born in 1975. Presy also raised as her own Steve’s younger son from his first marriage, Yuri, who was only two years old when they decided to live in Athens in 1969. Presy was so committed to the cause of freedom that she gave whatever little resources they had to it. She not only worked hard to earn a living, but also sold her personal possessions, including paintings and jewelry. She and her husband believed that material possessions were unnecessary baggage they could live without.

Steve and Presy opened a fast-food restaurant to support themselves and help the struggle against the plundering Marcos dictatorship. The Marcoses would fight back when their good friend Ronald Reagan got elected to the White House in 1980. Under Reagan, Philippine opposition leaders in the US were subjected to interrogations by the FBI. In December 1981, the Psinakis home in San Francisco was raided by 20 FBI agents accompanied by San Francisco police and sheriff's deputies. The entire Psinakis family was locked in the kitchen while the police went through Steve’s files and bomb-sniffing dogs went through every room. FBI agents even unwrapped the family’s Christmas presents. The three-hour search, including the second FBI search in January 1982, found no evidence of criminal activity. Presy was very angry, but not afraid. She never showed any weakness, fear or regret.

The Psinakis family returned to the Philippines after the EDSA Revolution that installed Cory Aquino, the widow of Ninoy Aquino, as President of the Philippines. Presy went back to running Sierra Tours and Steve became a key asset in the rebuilding the Lopez family fortunes ruined by Marcos and his cronies. Presy was elected director of ABS-CBN Corporation and would also chair Lopez Inc., the private holding company of the family.

In 1992, after the death of her youngest brother Roby, she took over as chair of Phil-Asia Assistance Foundation Inc. or PAAFI. This foundation helps support the needs of public school students through scholarships that cover transportation, supplies, uniforms and the like.

With the return of democracy to the Philippines, a victory they helped win, Steve and Presy officially retired from politics, but Presy’s drive to fight for the good never waned. She returned to the picket lines during the Arroyo administration and helped protect whistleblowers who disclosed irregular government deals that were harmful to the country. She said she could “never, never relax” against people who don’t do good for the country.

Through PAAFI, she personally advocated for young people to be taught and reminded of what happened in the past so that they don’t repeat it.

Steve passed away in March 2016. Presy followed her beloved and fellow freedom fighter on July 25, 2017. Their love for the Philippines was matched by their love for each other, the love that conquered all. 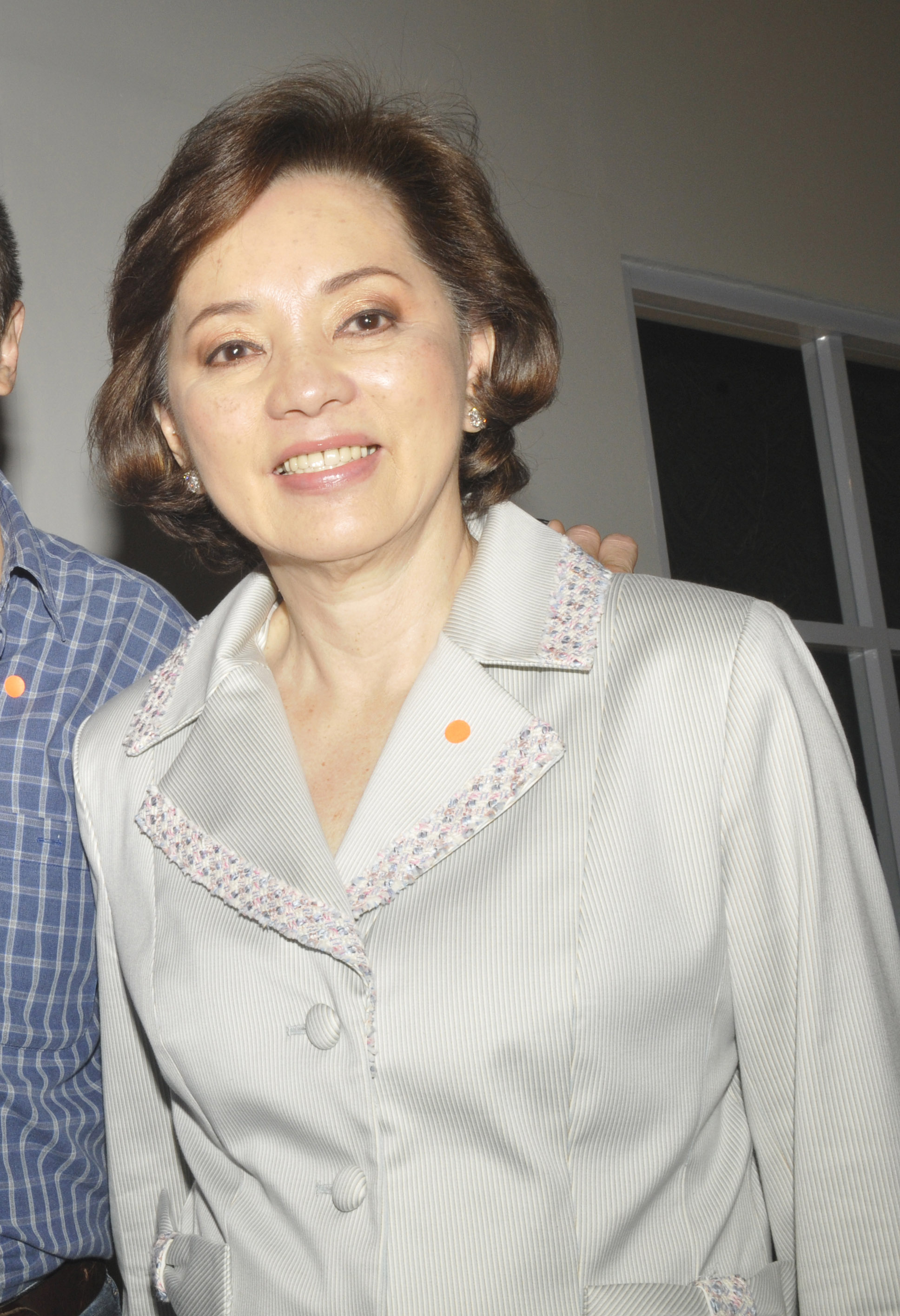 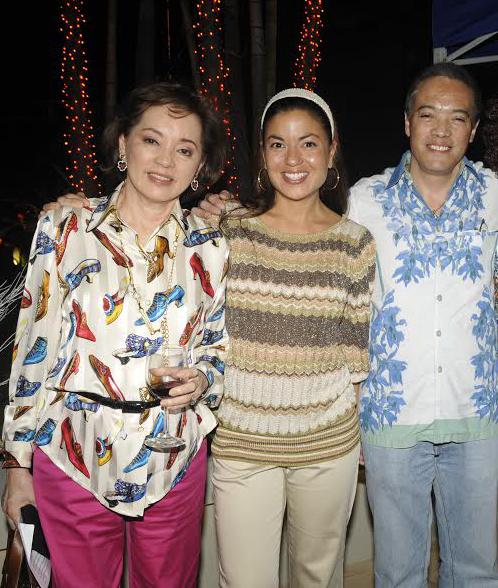 PLP with eldest son Rogy and only daughter Geni